The Insurance Corporation of British Columbia’s (ICBC) Board of Directors (BoD) has finalized the terms of reference for an independent review of the fairness and affordability of basic insurance rates in the province, with the idea being to limit future increases to the rate of inflation. 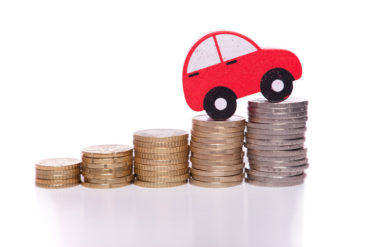 Further, “an Expression of Interest seeking an independent third party expert has been posted on BCBid,” Barry Penner, chair of ICBC’s BoD, said in a statement Thursday.

At the time, Stone directed ICBC to commission a comprehensive, independent third-party review to explore a range of options and make recommendations that will “keep insurance rates affordable and align future rate increases with inflation.”

Said Stone, “Our goal with this review is to put British Columbians first and for ICBC to manage its cost pressures, ensuring affordable rates for the long term.”

“Rapidly increasing numbers of crashes, claims and claims costs are putting significant pressure on the cost of insurance in British Columbia – pressures shared across the auto insurance industry in North America,” notes the ICBC statement Thursday.

The BoD’s plan is to have the third party selected and the review started by mid-March, and to submit a preliminary report in June to “inform ICBC’s August basic rate filing with the British Columbia Utilities Commission (BCUC),” the insurer reports.

Based on the principles of maintaining public ownership of ICBC and operating under the current model, ICBC points out, “the review will identify key factors impacting basic insurance rates and provide a broad range of options available to limit future basic rate increases to the rate of inflation.”

The BoD has retained Gord Macatee, current commissioner of BC Ferries, who has considerable public sector experience, to advise board members and provide insights over the course of the review.

While the review is under way, ICBC reports both it and the provincial government will continue to work together to mitigate rate pressure. Measures include the following:

The province’s Ministry of Transportation and Infrastructure also noted last December that the province had issued a directive to the BCUC to approve a basic rate increase of a maximum of 4.9% or less by Jan. 16, 2017.