The Insurance Corporation of British Columbia (ICBC) has posted a Request for Information (RFI) on BC Bid for market research and technology aimed at reducing distracted driving. 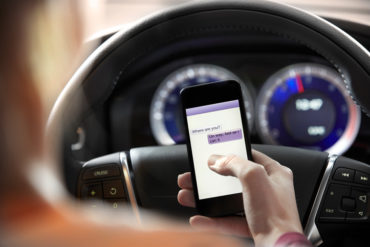 The posting of the RFI, as part of ICBC and the government of British Columbia’s continued commitment to reducing distracted driving, was announced on Wednesday.

“ICBC is interested in understanding what technological solutions are available in the marketplace to limit or prevent driver distraction resulting from the use of personal electronic devices while driving,” the corporation explained in a statement. “Exploring available anti-distracted driving technology is just one possible way to address the problem of drivers using personal electronic devices. ICBC and government remain committed to finding ways to reduce crashes, injuries and fatalities caused by distracted driving.”

ICBC reported at the time that “despite tougher penalties and increased education, distracted driving still contributes to more than one quarter of all car crash fatalities in B.C., with an average of 78 people killed every year.” And a recent Ipsos Reid survey conducted for ICBC found that almost all drivers believe that distracted driving has led to an increase in crashes; however, nearly 40% admit to still using their device at least some of the time while driving.

Todd Stone, B.C.’s Minister of Transportation and Infrastructure, said in the statement that exploring new anti-distracted driving solutions in the marketplace aims to keep British Columbians safe on the road, “while staying current in today’s digital world. But despite our best efforts it starts with drivers committing to driving distractions-free.”

Mark Blucher, ICBC’s president and CEO, added that the corporation is “looking at every option to deter distracted driving, including the potential use of new technologies. We understand the temptations of glancing at a ringing phone or received text message while on the road, so we’re exploring every option to prevent distracted driving. ICBC’s rates are under considerable pressure from a significant increase in crashes and we’re doing all we can to keep people safe and rates as low as possible.”