The Insurance Corporation of British Columbia (ICBC) has discovered 3,300 possible fraud alerts on open claims over the last three years following a review with a new analytics tool. 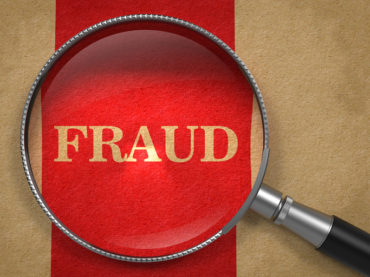 ICBC reported on Thursday that it has signed a five-year agreement with BAE Systems to use the fraud analytics software and case management solution to help identify and target fraudulent claims early in the claims process. Fraud analytics technology uses data, algorithms and statistical methods to help spot cases where the facts don’t seem to add up to an honest claim, ICBC explained in a press release.

The first run of data through the tool reviewed all claims information for the last three years and generated 3,300 possible fraud alerts on open claims, ICBC said in the release. ICBC has reviewed the first 102 alerts and started 48 new suspected fraud investigations. “ICBC anticipates more investigations to begin in the coming months as we continue to review the alerts,” the release said, adding that the numbers are in addition to the more than 5,000 claims and driver licensing investigations in 2016 to date that ICBC has already completed.

ICBC will undertake additional data runs with the tool over the coming months, as the new analytics tool is fully implemented. Once fully in place, ICBC estimates the tool could generate an estimated 28,000 alerts a year, in addition to the investigations generated by traditional means.

“This technology is helping ICBC investigators connect the dots earlier, faster and at a level previously not available, in cases where they think a claim may be false or exaggerated,” said Todd Stone, B.C.’s Minister of Transportation and Infrastructure, in the release. “Fighting fraud is an important part of ICBC’s efforts to keep rates as low as possible.”

ICBC expects fraud detection and enforcement activities to reduce ICBC’s basic insurance claims costs by $21 million for policies written over the next year. And ICBC estimates all of these activities, including use of the analytics tool, will save up to $44 million a year by 2019.

“Early results from the new tool are exceeding our expectations, but it doesn’t replace the diligent work already done by our trained investigators and front-line claims adjusters,” said Mark Blucher, the insurance corporation’s CEO and president.  “This tool can sift through volumes of information such as claims history, addresses, driver licensing and vehicle registration data quickly, and flag possible links within the data that can alert us to possible indications of fraud faster and on an ongoing basis.”

Most claims are honest, but insurance industry studies estimate that fraudulent and exaggerated claims make up about 10 to 20 per cent of all claims costs, ICBC reported. Applying those estimates means that fraud and exaggeration costs B.C. hundreds of millions of dollars each year, or every ICBC policyholder more than $100 per year.