The Insurance Corporation of British Columbia (ICBC) is warning customers to delete any text messages purporting to be sent from the insurer, after “a number” of customers reported to have received these texts over the last 24 hours. 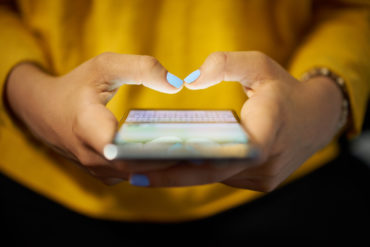 ICBC reported that the text messages tell the receiver they’ve been sent a refund for a traffic fine or red light ticket and provides a link to claim the money. The link directs the user to a site where they have to enter personal banking information.

Called SMiShing, short for SMS phishing, the scam could trick a user to unknowingly download malware onto their mobile device or send personal information directly to the attacker, ICBC said in a press release on Friday.

“ICBC stresses it does not use unsecure channels, like text messaging or social media, to communicate sensitive information to its customers,” the release said. “Furthermore, ICBC does not issue refunds via text message or Interac etransfer. In most cases, reading the text shouldn’t cause harm to one’s mobile device but customers should delete the text immediately and not click on any links,” the corporation warned.

Customers that have received this text are encouraged to report the incident through their local police (non-emergency line) and the Government of Canada’s Canadian Anti-Fraud Centre at 1-888-495-8501.

“ICBC is in no way involved with this incident other than being named in the messages, and have confirmed that all its information systems have not been compromised,” the release said.

The insurer also offered the following customer tips to avoid being a victim of SMiShing: