The Insurance Corporation of British Columbia (ICBC), provincial police and the B.C. government are teaming up to launch a month-long campaign to tackle distracted driving, which is responsible for approximately one-quarter of all fatal crashes in the province. 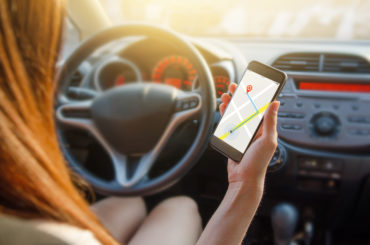 ICBC said in a press release on Thursday that with tougher penalties now in effect, police across the province are still seeing drivers using their cellphones, particularly while waiting at an intersection or stuck in traffic. “It’s one of the biggest misconceptions about distracted driving and a top excuse police hear,” ICBC said in the release. “This is especially dangerous for pedestrians and cyclists at intersections.”

The higher penalties, in effect since June 1, are calculated using a base fine of $368 combined with escalating ICBC driver penalty point premiums, which start at $175 for the first offence and climb for any additional offence within a 12-month period, B.C.’s Ministry of Public Safety and Solicitor General said in May. The base fine of $368 for each offence is up from $167 and adds four penalty points to a person’s driving record (from three previously).

“The law applies whenever you’re in control of your vehicle – even when stopped at a light or in bumper-to-bumper traffic,” the ICBC release pointed out. “Studies show that drivers who are talking on a cellphone lose about 50% of what is going on around them, visually.”

Police are ramping up their enforcement of distracted driving across B.C. and “Cell Watch” volunteers will also be roadside, reminding drivers to leave their phones alone. As well, ICBC road safety coordinators will be attending community events inviting the public to try a driving simulator to see firsthand how using a cellphone impacts one’s ability to drive safely.

The campaign features television and radio advertising as well as digital advertising.

On average, 27 people are killed in distracted driving-related crashes in B.C.’s Lower Mainland every year, the ICBC reported, using police data from 2010 to 2014. Distraction is defined as “where one or more of the vehicles involved had contributing factors including use of communication/video equipment, driver [inattention] and driver internal/external distraction.” On average every year, 10 people are killed in distracted-driving related crashes on Vancouver Island, 31 in the Southern Interior and 15 in the North Central region.

“Insurance rates in B.C. are under incredible pressure from a number of external factors, primarily caused by an increasing number of crashes occurring on our roads – 300,000 crashes, or more than 800 every single day, in 2015 alone,” said Steve Crombie, ICBC’s vice president responsible for road safety, in the release. “Many of these crashes are caused by high-risk driving behaviours, including distracted driving.”

Chief Constable Neil Dubord, chair of the B.C. Association of Chiefs of Police’s Traffic Safety Committee added that “B.C. drivers know it’s against the law, but far too many still make excuses for their behaviour and put themselves and others at risk by using their phone while driving. That’s why we’re cracking down on those who cannot police themselves. Even when you’re waiting at an intersection or stuck in traffic, the law is clear – you aren’t permitted to use your phone.”