The Institute for Catastrophic Loss Reduction (ICLR) will be hosting its next Friday Forum webinar on Canadian wildland fire interface maps on Feb. 17 at 10 a.m. to 11:30 am EST. 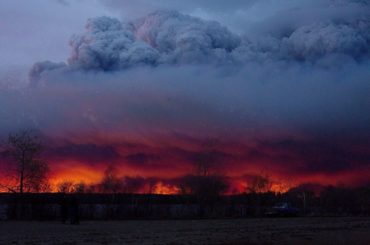 Johnston will review wildland fire as a threat to Canadians and will also provide details of recent research into mapping locations across the country where communities, industry or infrastructure have the potential to be at risk from wildland fire (known as “interface” areas).

Johnston has worked with CFS since 2007 on a variety of wildland fire topics, including fire behaviour, fire risk, and fire and climate change. She recently completed her Master of Science degree at the University of Alberta in forest biology and management, focusing on wildland fires.

Such fires have the potential to destroy communities, industrial buildings and critical infrastructure and they also put human lives at risk, the ICLR information noted. Wildland firefighting aims to prevent these destructive events, but not all fires can be controlled. Two recent Alberta wildfire events, Slave Lake in 2011 and Fort McMurray in 2016, resulted in significant destruction with direct costs of over $1 billion and $4 billion, respectively.