The insurance-linked securities (ILS) sector is set to gather steam this year, with a record amount of catastrophe bonds to mature in the first half of 2017, according to a new report from Aon Securities. 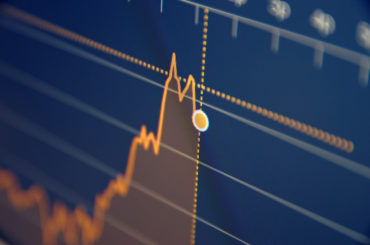 Aon Securities, the investment banking division of global reinsurance intermediary and capital advisor Aon Benfield, released its report on Monday. The report, titled Insurance-Linked Securities Year-End 2016 Update, revealed that during the fourth quarter of 2016, five cat bond transactions came to market totalling US$2.4 billion. This included the largest transaction of the year, Galilei Re Ltd., whose Series 2016-1 and Series 2017-1 issuance secured US$1.3 billion on behalf of XL Bermuda Ltd.

Total catastrophe bond issuance for calendar year 2016 reached US$5.8 billion – a decrease from US$6.9 billion in 2015 – due to a competitive landscape in the re/insurance market, despite the strong fourth quarter and record first quarter issuance of US$2.2 billion, Aon Securities said in a press release. “Issuance levels for the full year were never able to recover from the lower levels in the second quarter, which historically witnesses higher issuance levels given its alignment with the start of the North America hurricane season,” the release said.

“Given the positive market response already witnessed in late 2016, we expect investors to reinvest available capital and continue to support large competitive alternative reinsurance transactions,” Paul Schultz, chief executive officer of Aon Securities, said in the release. “In the context of the macroeconomic environment, we see investors finding continued value in the alternative ILS asset class given the diversification benefit, and expect continued sector growth regardless of outcomes in either interest rate or equity markets.”

The Aon All Bond Index outperformed relative to comparable fixed income benchmarks with exception only to the three- to five-year BB U.S. High Yield Index which returned 11.66%, and the S&P 500 Index, which returned 9.54% during the period under review.