Impact of June Ontario auto changes ‘will be something to see going forward:’ A.M. Best

It is too early to gauge the exact financial impact, on insurers, of Ontario auto changes that took effect this past June, and in the meantime, the mandated 15% rate reduction announced three years ago is still affecting loss ratios, an analyst with A.M. Best Company Inc. suggested Thursday. 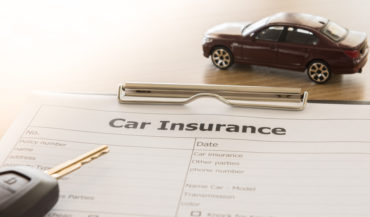 In a recent report, A.M. Best reported that Canada-wide, the private insurers’ loss ratio, in auto personal accident, was 88% in 2015, up 5.7 points from 82.3% in 2014. That report, Canadian Review/Preview 2016 – A Return to Sustainable Growth? also included data on auto liability loss ratios.

Those numbers exclude the Lloyd’s market and Insurance Corporation of British Columbia.

In Ontario, auto insurers’ rate changes are subject to approval by the Financial Services Commission of Ontario, whose actuaries review the rate filings and the insurers’ assumptions regarding claims costs, expenses and investment income. FSCO aims to ensure that the proposed rates are not excessive but are also not going to impair a company’s long-term solvency.

Effective Aug. 16, 2013, the Ontario Automobile Insurance Rate Stabilization Act (AIRSA) was amended to establish an “industry-wide target reduction” by 15% of the “average of the authorized rates that may be charged by insurers” for private passenger auto, with a two-year target.

That mandated reduction “is still at the fore of the numbers that we will see for the automobile loss ratio,” Joel Silverthorn, senior financial analyst at A.M. Best, said Thursday. “That is not because the industry and FSCO have not been working together – because they have – the mandated 15% rate decrease never happened. It got to around 7% and they realized that there were a lot of issues around this that the industry and the regulators have to work together on.”

Silverthorn made his comments Thursday during Insurance Market Briefing Canada, an annual event held by Oldwick, N.J.-based A.M. Best at the Sheraton Centre in Toronto.

In March, 2013, the New Democratic Party called for Premier Kathleen Wynne to direct FSCO to gradually reduce average rates by 15%. NDP politicians were claiming that the Ontario auto insurance industry made an “extra $2 billion in profits” in 2011, due in large part to reforms implemented in 2010. Insurance Bureau of Canada reported at the time that in 2010, insurers lost a combined total of about $1.7 billion on Ontario auto, and made a profit the following year, on Ontario auto, of $233.2 million on written premiums of $10.3 billion.

In May, 2013, the Ontario NDP voted in favour of the Liberals’ 2013-14 budget (which promised a 15% mandatory auto rate reduction), saving the Liberals from a non-confidence vote that would have defeated the government.

The following year, in its 2014-15 budget documents, the ruling Liberals noted that as of April 15, 2014 there had been a total private passenger auto rate reduction of more than 5.6%, industry-wide, since August, 2013.

Unlike in the spring of 2013, the NDP announced in May of 2014 it would not support the 2014-15 budget that Finance Minister Charles Sousa tabled. So an election was held, returning the Liberals to power with a majority.

In November, 2014, Bill 15 – the Fighting Fraud and Reducing Automobile Insurance Rates Act – was signed into law. Among other things, Bill 15 reduces – from 5% to the Bank of Canada rate – the prejudgment interest rate for non-pecuniary loss for auto accident victims. It also requires tow and storage providers to publish their rates, accept credit card payments and provide itemized invoices before receiving payment.

Bill 15 also moved the accident benefits dispute resolution system, as of April 1, 2016, from FSCO to the Attorney General’s licence appeal tribunal. Claimants and insurers have limited rights to appeal LAT arbitrator decisions. Bill 15 also reduced, from 60 to 15, the number of days that a vehicle can be stored after an accident without giving notice to the owner and other persons.

When the Liberals tabled their 2015-16 budget, they announced additional changes, which took effect for vehicle accidents on or after June 1, 2016.

The mandatory policy was changed such that catastrophic injuries will have one $1-million limit for medical, rehab and attendant care.

For non-catastrophic injuries, the coverage limits were $50,000 for medical and rehab benefits and $36,000 for attendant care. That was reduced, to a $65,000 limit for medical, rehab and attendant care combined.

“There were some consolidations between limits and so right now we don’t know how that has yet to play out,” Silverthorn said Nov. 10 at the Insurance Market Briefing Canada. “That will be something to see going forward.”

For accidents in Ontario occurring on or after June 1, 2016 the criteria for catastrophic impairment now “includes new and/or updated definitions and criteria for traumatic brain injuries for adults and children, amputations, ambulatory mobility, loss of vision, and mental and behavioral impairments, and introduces a new process for combining physical with mental and behavioral impairments,” FSCO said in a bulletin released in 2015.

1 Comment » for Impact of June Ontario auto changes ‘will be something to see going forward:’ A.M. Best