Eight out of ten consumers in the United States have a home data network and more than one-third connect entertainment systems, gaming consoles and other smart devices to the Internet, increasing the risk of home cyberattacks, according to a new study. 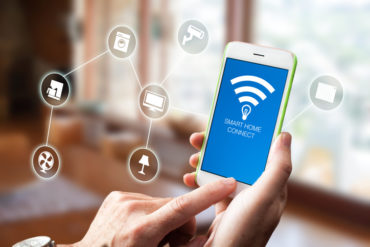 The survey, by Zogby Analytics for the Hartford Steam Boiler Inspection and Insurance Company (HSB), part of Munich Re since 2009, was released on Wednesday. Zogby Analytics surveyed 1,551 adults from throughout the U.S., based on U.S. census data, voter registration figures, exit polls and other sources to best represent the demographics of the population being surveyed, an HSB spokesperson told Canadian Underwriter. Based on a confidence level of 95%, the margin of error was +/- 2.5 percentage points.

Of the 81% of consumers who said they have a WiFi or other home data network, 38% had electronic devices other than personal computers, smartphones or tablets connected to the Internet, Hartford, Conn.-based HSB said in a press release. The connected devices include smart televisions, music systems, thermostats, security cameras, door locks, alarms, lighting, home automation and other smart devices.

Although cyberattacks on non-computing home systems and smart appliances are so far relatively uncommon (10% of those responding were victims), the increase in connected devices is creating a new pathway for hackers and cyber thieves, the survey results showed.

Related: One in three Americans hacked in the past year, new HSB cyber survey finds

“Cyber criminals are always looking for new targets,” said Timothy Zeilman, vice president and counsel for HSB, an insurer of data and information risks, including cyber coverage for consumers. “And home devices like smart TVs and appliances are often designed for easy use and not security. Compounding the problem, many consumers don’t take even basic measures such as changing default passwords and updating security software,” Zeilman said.

According to the survey, the most common type of non-physical damage experienced through attacks on home devices, appliances and systems were viruses or other unwanted software on their systems (59%) and damage to software or operating systems (45%).

Zeilman suggested that the problem will likely get worse as the number of connected home devices increases. However, in response, new cyber insurance coverages are becoming available for consumers, HSB said. Once offered only to businesses, cyber insurance for individuals can pay for expenses related to cyberattacks on home computers, home systems, appliances and other connected devices, cyber extortion, data breach and online fraud.