MINEOLA, N.Y. – An engineering firm that was hired by insurance companies to evaluate damage caused by Superstorm Sandy was charged Monday with illegally altering reports prepared by inspectors in the field. 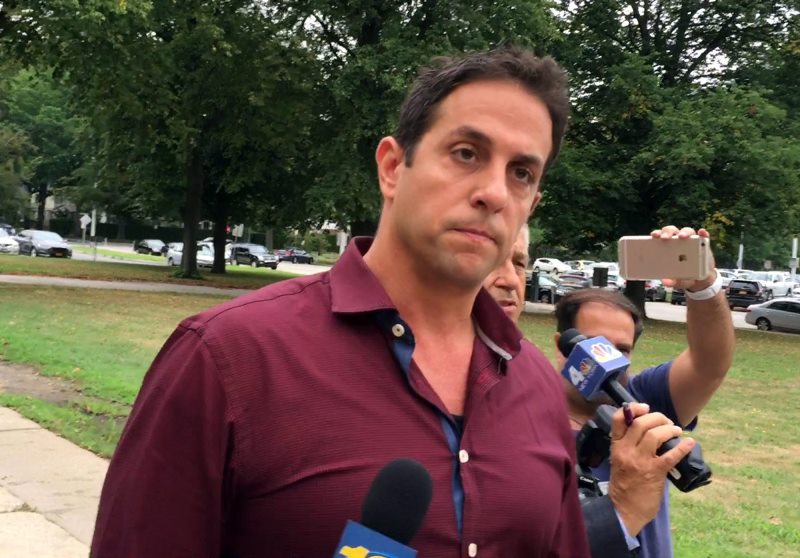 Matthew Pappalardo, a project manager for HiRise Engineering, leaves the Nassau County Court in Mineola, N.Y., following his arraignment Monday, Aug. 1, 2016. HiRise Engineering, an engineering firm that was hired by insurance companies to evaluate damage caused by Superstorm Sandy, was charged Monday with illegally altering reports prepared by inspectors in the field. Pappalardo was charged with felony fraud and also faces charges of practicing engineering without a license. (AP Photo/Michael Balsamo)

HiRise Engineering and one of the company’s project managers, Matthew Pappalardo, were charged with felony fraud. Pappalardo also faces charges of practicing engineering without a license.

He and the company have denied wrongdoing. They pleaded not guilty during an arraignment in Nassau County.

The charges are the result of an investigation opened in 2014 by New York Attorney General Eric Schneiderman after lawyers for scores of New York and New Jersey homeowners filed civil lawsuits claiming that altered engineering reports had led to them getting less insurance money than they deserved.

HiRise Engineering was one of several companies working for insurance companies that came under scrutiny.

The company hired many subcontractors to inspect flooded homes and help insurers determine whether problems such as cracked foundations, sloping floors or buckled walls were caused by the storm surge or other factors not covered by flood insurance, such as strong winds or old age.

In at least 25 cases, prosecutors allege that Pappalardo – who was not an engineer – had employees heavily edit field reports, sometimes in ways that substantially changed conclusions about the extent or cause of damage.

The altered reports were submitted by HiRise without the approval of the engineers who actually inspected the homes, the attorney general’s office said.

Schneiderman said the alterations of the reports undermined the integrity of the federal flood insurance program.

He added that his investigation also “uncovered evidence of other crimes which fall outside the scope” of his jurisdiction and that he referred those findings to federal prosecutors. A spokeswoman for the U.S. attorney’s office in Brooklyn didn’t immediately respond to a request for comment.

Pappalardo was released on $20,000 bail Monday. He declined to comment as he left court. His attorney, Avi Moskowitz, said his client looked forward to proving his innocence.

Kenneth Murphy, an attorney for HiRise Engineering, said Monday that the company steadfastly maintains “there was never any intent to defraud any homeowner in the preparation of these reports.”