The insurance industry in Canada is getting close to consensus on connectivity between insurance brokers and carriers, an Applied Systems executive said Tuesday at the company’s Executive Symposium in downtown Toronto.

“I truly believe that we are fairly close to having an agreement and consensus in the industry on the fundamental importance of standardization and connectivity,” said Caroline Schweppe, vice president of insurer solutions with Applied Systems. “We are about to see everything change.” 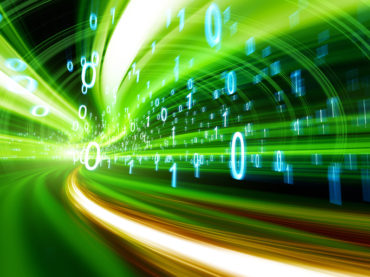 IBAO announced this week that 16 carriers representing approximately 85% of the personal and commercial lines volume written through Ontario broker channel, as well as “all key broker technology vendors,” are supporting its feasibility study on broker-carrier data connectivity. The study includes discussion about an Application Programming Interface (API) tech model that would connect brokerages with carriers through an API Hub.

Also, with support and project management from TIC and cooperation from CSIO, the IBAC D/X Action Plan was launched earlier this year. The project intends to “ensure the national adoption of its Data Exchange (D/X) model as the method for real-time technology integration between insurance brokers, insurance carriers and partners,” IBAC said in February.

“There are several initiatives underway that are significant and will significantly impact the way business will be undertaken in the future,” Schweppe said. “I think it’s a really important conversation. We are very proud to be participating in those discussions.”

Schweppe, who has been in the industry for nearly 35 years, calls the past year-and-a-half “the most exciting time in my career. I have seen more change, more activity, more exciting stuff, more transformation than I have seen in the prior part of my career.”

Simplifying connectivity between brokers and insurers will make it easier to do business and provide better, faster and more accurate service to the consumer. “For you as brokers, it’s just going to make life so much easier to be able to automate the process and build that relationship and focus on that relationship with the insured,” she added.

“Once you have the relationship, they’re not going anywhere else,” Schweppe said, “because for all the technology in the world, it doesn’t matter if you don’t have the customer in the first place.”

1 Comment » for Industry close to consensus on insurer-broker connectivity