Terrorism and nuclear incidents are among the top risks keeping insurers awake at night, and the industry could do a better job of categorizing risk, chief executive officers of insurance providers suggested Wednesday to risk managers in Toronto. 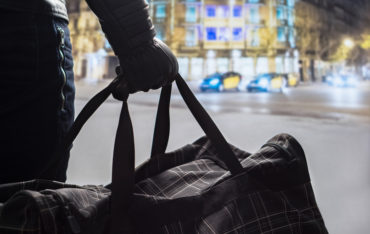 “Climate change poses a significant risk for us, not just because the losses are going up but the mitigation and adaption of society is not keeping pace with the speed of climate change,” said Philipp Wassenberg, president and chief executive officer of Munich Re Canada.

“What keeps us up at night as well is terrorist attacks and we see that because it has widely come back to the portfolio” since the September 11, 2001 hijackings, Wassenberg suggested during the CEO Panel Plenary, held Wednesday at the RIMS Canada Conference at the Metro Toronto Convention Centre.

“There is tremendous exposure from terrorist attacks and it is very difficult to assess,” Wassenberg told an audience of about 200 at RIMS Canada’s 43rd annual conference, which wrapped up Wednesday and was produced by the Canadian chapters of Risk and Insurance Management Society Inc.

Worldwide, the number of terrorist attacks increased 14% in 2016, Aon plc reported earlier in its 2017 Terrorism and Political Violence Risk Map.

“The continued existence of Islamic State (IS) in Syria and Iraq has directly contributed to a sustained and worsening terrorist threat overseas,” Aon said at the time. “Despite coming under intensified military pressure in these countries and sustaining significant battlefield losses, particularly in Iraq, the group continues to pose a serious regional and international terrorist threat.”

The hijackings Sept. 11, 2001 – of four civilian airliners in the Eastern U.S. by Al Qaeda – gave rise to $25.2 billion in insured losses– adjusted for inflation to 2015 U.S. dollars – Swiss Re reported in 2016 in a sigma report, Natural Catastrophes and Man-Made Disasters in 2015. The Sept. 11 attacks topped Swiss Re’s list of most expensive man-made insured losses – from 1970 through 2015 – while the July, 1988 Piper Alpha oil platform explosion placed second. Placing fifth was the 1979 meltdown at the Three Mile Island nuclear power plant near Harrisburg, Penn.

Nuclear incidents, terrorism, power outages and a market crash are the “top four” man-made threats, suggested Sean Murphy, CEO of Lloyd’s Canada, on Wednesday during the RIMS Canada CEO Panel Plenary. He alluded to the Lloyd’s City Risk Index, an earlier report released in conjunction with the Cambridge Centre for Risk Studies at the University of Cambridge Judge Business School.

There are more people today living in cities than at any point in history, Murphy suggested.

“The concentration of wealth, in those city centres, has put our economy heavily exposed to man-made and natural disasters,” Murphy said, adding “the top two in the emerging threat category” are human pandemic followed by cyber attack.

“About 50 million people died in one year in Europe in 1918,” Wassenberg said of that year’s flu epidemic. “That outnumbered the deaths in four years of World War 1 victims,” Wassenberg added.

“There is a very long list of emerging risks,” said Ulrich Kadow, chief agent for Canada for Munich-based Allianz Global Corporate and Specialty. “There is no uniform definition in the industry.”

Another panelist – Chris Lay, president and CEO of Marsh Canada – questioned whether the industry has a definition of some of the risks it is watching.

“If we don’t know what we are watching, how are we actually addressing that?” asked Lay. “So perhaps categorizing risk is something we could do a better job of in the industry.”