Advances in the development of “visual intelligence” based on multiple data sources, including satellite imagery and drone footage, have the potential to significantly enhance claims and catastrophe response processes and underwriting decision making when companies harness that potential effectively, according to Dr. Beverley Adams, head of CPR (catastrophe planning & response) at Guy Carpenter. 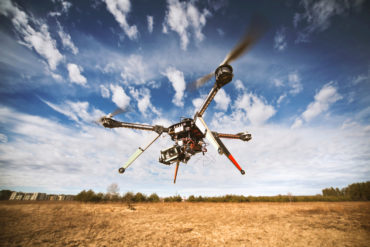 “The recent wildfires in Fort McMurray, Canada, are a prime example of how visual intelligence plays a central part in enhancing response capabilities,” Dr. Adams said in a commentary briefing released on Sunday. “By combining satellite data, images from fixed-wing aircraft and video feeds from drones, insurers were able to establish initial loss estimates and make claims payments weeks before direct access to the affected areas was possible.”

For example, the briefing said, the August 2016 earthquake in central Italy was a “small insurance event.” Nonetheless, firefighters extensively used thermal drone imagery to locate victims, “demonstrating the growing importance of this technology as an integral part of disaster response operations,” the briefing said. “The drone deployment provided a vital opportunity for Guy Carpenter to stress-test visual intelligence mission plans to enhance readiness for a major catastrophe event, such as a Los Angeles earthquake,” Dr. Adams said.

In the case of the port explosion in Tianjin, China, Dr. Adams said that the level of aggregation risk within the port “caught the (re)insurance industry by surprise. However, by deploying satellites and drones over major ports, it is possible to accurately track the movement of stock and then quickly ascertain the potential for any major accumulation exposures.”

The insurance potential of satellite imagery has been significantly enhanced by the sharp rise in the number of satellites deployed, coupled with increased data access. “Users of the data, however, find the data access process to be time consuming and costly, and also encounter difficulties in accessing specific data at specific moments when they request it,” Dr. Adams said.

The U.S. Federal Aviation Administration’s recent implementation of the Part 107 Rule for small unmanned aircraft was another significant development. “Drone operators are now able to apply for a licence to conduct commercial activities,” she said. “The new ruling effectively puts operational guidelines in place for the commercial use of small unmanned aircraft and eliminates the extreme difficulty the operators faced in gaining approval to fly drones for commercial purposes. This is a major advance in unlocking the potential that these drones provide.”

While potential is huge, there are also a number of limiting factors. “There are limitations on the extent to which the process can be automated,” Dr. Adams explained. “While a loss adjuster can quickly ascertain whether damage to a building is significant, partial or a complete loss, we have not yet developed the machine learning algorithms necessary to enable drones to make similar assessments – it still requires an operator to make the call.”

Instantaneous data access is also a long way off, she said. “While we are seeing a big increase in the amount of downloadable information available from a growing number of orbiting satellites, it still takes time to transmit to ground-receiving stations and to process the data. Moving forward, timely availability of consistently high-quality imagery will increase as additional satellite constellations launch with associated infrastructure.”

A number of developments need to take place for the industry to fully harness the benefits of visual intelligence, Dr. Adams said. For one, the industry needs to look at how to integrate this data into existing workflow systems. “Loss adjusters are already embedding ground-based video images into claims reports as web links, and we need to establish similar capabilities for visual intelligence so that it becomes an integral part of the workflow,” she said.

Companies also need to define a role for the visual intelligence professionals within organizations, she concluded. “Companies must effectively manage widespread access to multiple data streams if they are to be converted into consumable intelligence to support the underwriting and claims functions – this requires internal expertise.”

More News
Related
Intact’s assessment of insured damages from Fort McMurray wildfire estimated at $1 to $1.20 per share
Total economic losses from nat, man-made disasters in 2016 at least US$158 billion: Swiss Re sigma estimate
Stilling quake risk in eastern Canada demands greater focus, awareness and effort: Swiss Re
Insured losses from Japan earthquakes in April could be between US$1.7 billion and US$2.9 billion