The Ontario Trial Lawyers Association has updated a three-year-old report suggesting that the Ontario auto insurance industry is far more profitable than the industry thinks – an assertion that insurers say is “simply false.” 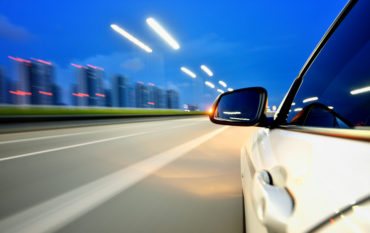 Released Tuesday, the report, Price Regulation and Possible Premium Overpayments: Automobile Insurance Companies in Ontario, concluded that “cumulative premium overpayments might have been as high as $9.2 billion since 2001.” Commissioned by OTLA, the report was written by Schulich School of Business professor Fred Lazar.

Insurers have been quick to respond, saying the OTLA report’s numbers are skewed based on “some very inaccurate claims and assumptions.”

But for OTLA president Claire Wilkinson, it’s frustrating to explain to clients injured in an accident that their benefits have been reduced and their premiums are on the rise. People injured in auto collisions “come into my office and I have to be the one that tells them, ‘You can’t get compensation for a number of things,’” Wilkinson told Canadian Underwriter Tuesday.

She was referring to several changes made to Ontario auto accident benefits, including the reduction in 2016 of catastrophic impairment. These cuts were made “presumably to bring premiums down,” Wilkinson said.

But several major carriers, including Intact, Economical and Aviva, have indicated recently that they are raising rates. This reflects that the fact that total claims costs have increased on average by 4.5% annually, or by 19% between 2012 and 2016, Kee said.

The OTLA report released Tuesday is an update to Returns on Equity for Automobile Insurance Companies in Ontario, released in 2015 and written by Lazar and York University finance professor Eli Prisman.

In Lazar’s update release May 1, 2018, Lazar concluded that “cumulative premium overpayments might have been as high as $9.2 billion since 2001.”

Lazar’s conclusions raise the issue of how ROE is used to measure profitability.
For one thing, trial lawyers and insurers clearly disagree on the final numbers. While Lazar claims the “average industry Return on Equity (ROE) for Ontario for auto insurance companies in 2016” was 15.9%, IBC says the actual figure is 6.6%.

A different way to measure underwriting profitability is the combined ratio, in which claims costs are divided by premiums earned. Figures over 100% represent a loss.

“Insurers paid out $1.03 for every $1 earned in auto insurance premiums,” Kee observes. Economical Insurance, which actually met the Ontario government’s “stretch goal” of a 15% auto rate reduction, reported in February that its combined ratio in personal auto Canada-wide was 121.5% in 2017.

Calculating profit “is not simple and straightforward,” Wilkinson said Tuesday in an interview. “Even with the GISA data, we needed to hire this professor to do the calculation in order to understand with the profits really are.”

Wilkinson is calling for “a more straightforward way” that data on insurers’ Ontario auto profits could be communicated to the “person on the street,” so that the industry, personal injury lawyers and the general public could talk “apples to apples.”

Ontario auto has been on the radar screen of A.M. Best Company Inc., an Oldwick, N.J.-based research firm that advises investors on the financial health of life and property and casualty insurers. Canada-wide, the auto personal accident loss ratio “remains a concern,” A.M. Best said in Canadian Property/Casualty and Life Remain Stable as Economy Rebounds, While Housing Market Bears Watching, released in the summer of 2017.

Finance Minister Charles Sousa has pointed out in the past that dozens of companies write auto in Ontario and consumers should shop around for the best deal.