British Columbia’s public auto insurer recently moved to a no-fault system for auto insurance, but at least one P&C industry consultant believes that all Canadian provinces (B.C. included) should instead look towards Quebec’s public-private hybrid auto insurance model for guidance.

“The private insurers have no play at all on the bodily injury side, but they can price the physical damage appropriately to make an underwriting profit year after year, after year after year,” he said. “And the injured automobile victims are looked after very much like a workers compensation system. At the end of the day, that may be the best thing for all of the provinces to do.” 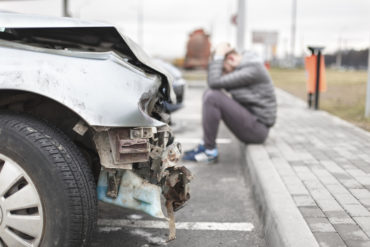 McArthur, 73, was the chair of the claims committee for Insurance Bureau of Canada (IBC) during the implementation of the no-fault Ontario Motorist Protection Plan in 1990. He also addressed the Chamber of Commerce in Prince Rupert, B.C. in the 1970s in a effort to persuade the province’s NDP government at the time not to set up the Insurance Corporation of B.C. monopoly. “We obviously did not prevail,” McArthur said.

McArthur made his comments about Quebec’s hybrid model after being asked which auto insurance regime works better, if any. Canadian Underwriter also asked him for his opinion on what it would take to improve profitability in deteriorating auto insurance markets across the country.

Critics of Quebec’s hybrid insurance model have argued that the Quebec government’s payment tables for bodily injury victims resemble a “meat chart.” McArthur acknowledged that both brokers and insurers likely wouldn’t be too happy with this aspect of a public-private model.

“My broker friends wouldn’t like to hear that, because they wouldn’t have any involvement in the bodily injury side, and the insurance companies wouldn’t be terribly happy either,” McArthur said. “But the reality is, they’re not making much of any money on the bodily injury side; if they had sole domain over the physical damage side and could price it appropriately, they would at least be able to make money on the automobile line.”

Part of B.C.’s new Enhanced Care model, announced Feb. 6, involves “removing lawyers and legal costs from the system” to reduce auto premiums by 20% and dramatically increase care benefits. But McArthur cautioned that when no-fault insurance was brought into Ontario, it was also supposed to bring down costs for similar reasons.

“We were convinced, those of us on the board of IBC at the time, that this was the answer to a maiden’s prayer – it would significantly reduce the costs,” McArthur recalled. “Most of the companies reserved on that premise for the first two or three years. Then, all of a sudden, late development on older claims came surging forward, and shocking underwriting losses. So then they tweaked the system; the same pattern repeated itself another four, five, six years out.”

Insurance companies were showing combined ratios of 108% or 112%, for example, at the time. “Again, they changed the system. It’s never-ending.”

Instead of legal fees adding costs to the system, it will be healthcare providers’ fees, McArthur predicts. Whatever money lawyers in B.C. are taking out of the system is going to be more than made up by healthcare providers, such as physiotherapy and rehab clinics and masseuses, who will “get in on the action,” McArthur predicts. “They’ll all spring up. A whole new industry will be created in British Columbia. In Ontario, those medical service providers blossomed under the no-fault system and they continue to milk the system 30 years out.”

Ultimately, five or six years into the future, the cost of insurance in B.C. under no-fault will be “above its current level, even with the cost of inflation factored in,” McArthur expects. “If [the B.C. government] reduces the rates by 20%, maybe depending on how they reserve their losses in the first couple of years, they’ll break even. Then the losses will come tumbling in on late-developing claims and all of a sudden they’ll be back in the glue again.”