The insurance policy renewal process is both inefficient and cumbersome and needs to be fixed, speakers suggested on Monday at the National Insurance Conference of Canada (NICC) in Quebec City. 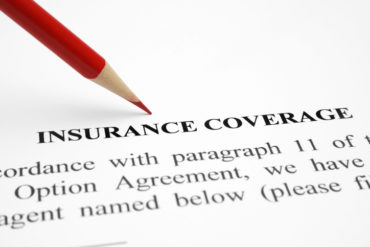 “It’s a total disaster; it’s not working at all,” charged Franck Baron, chairman of the Singapore-based Pan Asia Risk & Insurance Management Association (PARIMA) during a panel discussion titled Straight Talk Commercial: Global Risk Manager Views. Baron told conference attendees that the association’s corporate insurance program was renewed as of the first of July, but he’s still waiting for the policy to be issued. “On top of that, I’m still waiting for the insurance premiums invoice to be issued and I think it’s a complete disaster,” he said.

Rick Roberts, director of risk management and employee benefits with Ensign-Bickford Industries, a global science and technology company whose corporate office in Simsbury, Conn., agreed that the time involved in completing a renewal can be “absurd.”

“If you look at the insurance transaction, from us as buyers, it’s the most inefficient transaction that we have to deal with on a daily basis,” he argued. “You’ve got to start 90 days in advance is the recommendation and you can’t get quotes until 15 days before because underwriters are just swamped. Right now, it’s a very cumbersome process.”

Roberts – who is also a past president of the Risk and Insurance Management Society (RIMS) – noted that his company has been with some insurers for 20 years or longer. “Why do we have to start 90 days in advance?” he asked. “Don’t you know us? You’ve been with us for 20 years. It’s a relationship business but there’s still, to me, a disconnect in that business relationship.”

The final panel speaker, Darius Delon, past chair of the RIMS Canada Council, discussed a personal example of renting a couple of cars over the past two days. In one case, he used an iPad to sign a few documents and reported that he was out with his car in less than five minutes. “They didn’t really know me, but they perceived to know me,” he said. The other rental agency asked him to “read this, do this, fill in this and it’s about a 15-minute process,” he described. “Like Rick talks, ‘You’ve known us for 20 years, why do we get the same questions over and over and over again?’” Delon asked. “Why isn’t there any ability, perhaps through insurtech, to say, ‘Hey, is this you? What’s changed on this? Let’s work to that’ and then not make it a 90-day process running around answering more or less the same questions each and every year on renewal.” 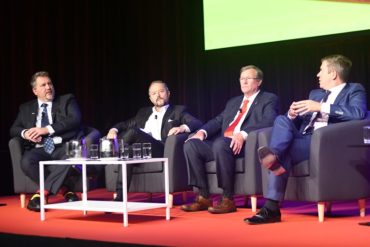 Added Roberts: “I don’t know a whole bunch about insurtech, but I think there will be something that comes down the road that will disrupt how the industry interacts between broker, insurer and risk management.”

Delon suggested that by shrinking the renewal process and having efficiencies on the underwriting side “that allows you to actually look at more new business renewals in a more comprehensive manner because it does seem like commercial underwriters are under the gun.”

Baron reiterated that “it’s a very inefficient process to renew a policy” and having a poor collaboration with the insurance industry does reflect “quite badly on us. This is something we would like to fix and trying to fix it as an individual risk manager or as a chairman of a risk manager association, it’s still a struggle. Within your industry, there is still an acceptance that it is OK,” he said.

“I just want to make sure that at the end of the very long and cumbersome process we really have customized solution to my risks, the risks of my corporation,” Baron said. “I’m just not sure that it’s really happening right now.”