Multiple forces are clearing the way for insurers around the world to make cretive use of loyalty marketing techniques like rewards programs that have historically been the domain of credit cards, travel, lodging and retail, suggests a new Aite Group impact note. 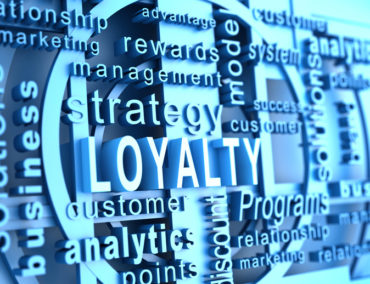 Containing 17 figures and two tables, the 34-page report explores 10 forces that are propping up the case for loyalty marketing and rewards in property and casualty, life and health insurance.

Findings are based on 2016 interviews and discussions with more than a dozen insurers and technology vendors on the topic of loyalty marketing and rewards, reflect 2016 interviews with carriers and vendors on the topic of telematics and the Internet of Things (IoT), and leverage multiple Aite Group online micro-surveys of adults in both the United States and the United Kingdom.

While most insurance firms worldwide currently do not have reward programs, Aite acknowledges, it suggests the industry is starting to take rewards programs seriously.

In the U.S., for example, rewards have recently gained significant momentum “as state regulators surprised the industry with a favourable nod to Allstate’s Drivewise and John Hancock’s Vitality rewards programs,” a company statement notes.

Consumers also seem to be showing some openness. 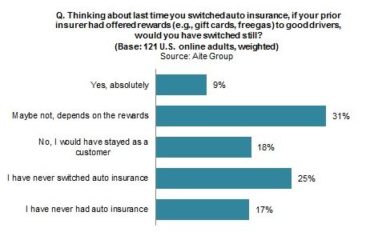 In the past, the U.S. has not been a hot spot for loyalty marketing for insurance, “as regulators have frowned upon rewards, viewing them as rebates,” Aite points out.

Immediate success, however, should not be expected.

“As insurers test the waters of loyalty marketing,” they must appreciate the many years it has taken now successful programs to reach that point.

“Successful loyalty marketing won’t be as simple as copying a competing model, which will force insures to hone their processes and techniques,” Aite adds.