Digital transformation can propel the insurance industry forward but barriers exist, with a “significant gap between organizations that leverage technology for competitive advantage and those that struggle with innovation,” according to a new study. 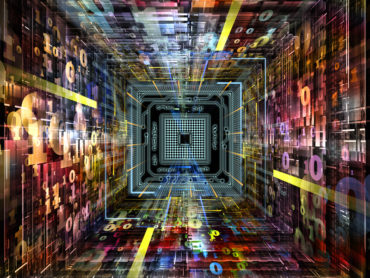 The study, titled Assessing digital impact across insurer and channel operations, was released on Tuesday by the Genpact Research Institute – the research think tank of Genpact, a provider of digitally-powered business process management and services – and ACORD, the global standards setting body for the insurance industry.

According to the survey, nearly all (91% of) leaders said that digital technology has “significant impact” on their companies’ revenue growth compared to approximately half (55%) of laggards. As well, 70% of leaders said that digital has a significant impact on customer loyalty (compared to only 36% of laggards), and leaders are more than six times more likely than laggards to see a “substantial effect from digital on their company’s single view of the customer.”

“The insurance industry needs to move beyond just ‘fixing’ legacy systems,” said Scott McConnell, senior vice president and global leader of insurance at Genpact, in the release. “This remains a critical concern; however, process transformation through the front, middle, and back office is what drives a superior customer experience and sets up a company for growth. Insurers must also take note where channels struggle most, and support the agent network and other indirect channels with resources to enable transformation of the end-to-end customer experience.”

The study also found that more than half (58%) of all respondents – which included professionals at insurers and in insurance distribution channels – predicted significant impact from digital technology in two years. However, legacy systems are the top barrier (cited by 68%) that impedes many organizations’ efforts to achieve enterprise transformation.

“In many cases, the insurers themselves may need to lead the charge on behalf of their smaller, less-capitalized partners which may be less suited to solve the legacy issue,” the survey concluded. “This could have the effect of a tide that raises all boats in an industry that clearly sees the returns on digital investments are equal parts promising and elusive. As more insurers, brokers, agencies, and wholesalers adopt digital technologies to support decision making, reduce cost, and improve the customer experience, they should look to the traits of digital leaders to introduce new capabilities, overcome barriers, and accelerate the pace and impact of digital transformation across the industry.”