Insurance lawyer questions whether LAT has ‘appearance’ of fairness

An anonymous letter about how an auto injury claim was handled by the Ontario License Appeal Tribunal raises “concerns” about the LAT decision-making process, an insurance lawyer warns.

Anonymous evidence should generally not be given any weight in court proceedings, Lisa Armstrong, a lawyer with Strigberger Brown Armstrong, said in an email to Canadian Underwriter. But in Mary Shuttleworth v. Licence Appeal Tribunal, released June 20, 2018, “there is no question it raised concerns with the appearance of fairness, impartiality and independence of a decision maker in our legal system.” 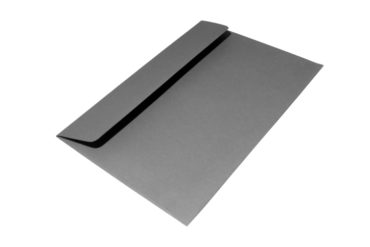 Armstrong, whose specialties include auto insurance, emphasized the concern is over the “appearance” of independence. She was not involved in the Shuttleworth case.

When claimants and insurers have a disagreement over accident benefits claims in Ontario, they can bring their dispute before LAT, a quasi-judicial body, for arbitration. Until 2016, the organization responsible for accident benefits arbitration was the Financial Services Commission of Ontario (FSCO).

LAT’s first ruling, which dealt with whether a claimant’s injuries fell into the category of “catastrophic” impairment, was recently quashed by the province’s Divisional Court. With LAT decisions, Justice Julie Thornburn wrote for the court, “adjudicators ‘are expected’ to subject their decisions for review and decisions get sent to the executive chair by the legal department without any assent or input from adjudicators….When comments come back to adjudicators from the executive chair, they are being made by a person with authority over the adjudicator’s reappointment.”

A LAT spokesperson told Canadian Underwriter in an email that LAT has a “peer and legal review process.” Comments made in that process “are non-binding and adjudicators are free to accept or reject them.” As a result of the Divisional court ruling in Shuttleworth, LAT plans to put in writing that “all comments generated through the review process are for the author’s consideration only” and that those comments are non-binding.

Several months after LAT released its decision, Shuttleworth’s lawyer received an anonymous note. That note alleged that the LAT arbitrator’s draft ruling was changed by the executive chair of the Safety, Licensing Appeals and Standards Ontario (SLASTO).

Taking dispute resolution away from FSCO was a recommendation made by former judge J. Douglas Cunningham in a review commissioned in 2013 by then-finance minister Charles Sousa. Cunningham noted that applications for arbitration to FSCO increased from 2,651 in 2006-07 to 10,511 in 2012-13.

Sousa’s decision to move dispute resolution to LAT was not without critics.

FSCO arbitrators “are highly skilled, experienced, full-time, permanent, salaried employees who are hired to be independent – I repeat, independent – decision-makers,” Paul Miller, NDP MPP for Hamilton East-Stoney Creek, said in early 2014 during debate on an auto insurance reform bill. Moving the system away from FSCO would have auto insurance disputes arbitrated by people “who typically deal with issues such as the Board of Funeral Services Act, the Collection Agencies Act, the Payday Loans Act and liquor licence violations, among other things – not what I would call experts in the field of insurance,” Miller added at the time.