There is a “convergence” of attitudes towards technology across all age groups and insurance providers need to question their assumptions about buying habits of different demographic groups, speakers suggested Tuesday at the Insurance-Canada.ca Executive Forum. 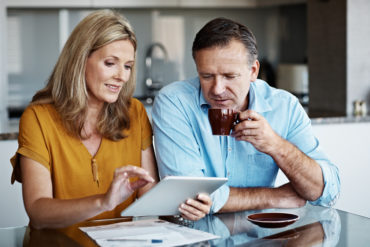 “We want to make sure we are checking our assumptions about demographics and that makes it particularly challenging with marketing,” Lorie Phair, managing director of the Canadian Broker Network, said during the Executive Forum. “We tend to look at it as, the young people want this… want that and it’s very much about individual behaviours.”

Phair made her remarks during a panel titled Canadian Perspectives on InsurTech.

“I think many of the younger people, who we assume are very comfortable buying online, in fact as it turns out, they are the ones who need the advisor,” Phair said. “They need the personal touch.”

By contrast, Phair noted, older people “who are a little more confident … may in fact be the ones that are more comfortable making a purchase online.”

“I definitely see an aggregation and convergence of attitudes across the consumer base,” Lo said. “We always talk about millennials and the next generation after that and how connected they are, et cetera, but I am actually seeing convergence of those attitudes.”

Today’s information technology and information networks will “change how everyone wants to consume insurance,” Lo added.

The panelists were asked, by Marsh Canada managing director Neil Mitchell (who moderated the panel), who will be on the “losing end” of insurtech.

“I don’t think there will be so much winners and losers, as participants and non-participants,” said David Crozier, president and chief executive officer of Everest Insurance Company of Canada.

Some people who buy insurance “also run their own businesses so they are bringing what they do in their personal life into their business at the same time as their customers are making different demands of them,” Crozier said.

Transportation and logistics firms, for example, are “starting to offer a new range of services to their clients just so they can stay in business,” Crozier added.

The Executive Forum is an annual event held at the Sheraton Centre in Toronto.

“Think about when you go home now, and you say, ‘I am not going to order pizza unless I don’t have to talk to a human being,” Crozier said Tuesday. “I am going to arrange my next trip online, but I am going to transact both insurance and my own business – whatever it is – in the same way that I have always have – that’s not going to hold.”

Crozier suggested that regulators can be a catalyst for change “in some areas where insurtech can play a role and that is modelling and integration with predictive analytics.”

But normally regulators do not drive change, he suggested.

“Regulators by their nature have to be cautious,” said Crozier. “Their Number 1 job is to protect either a consumer or a market and as such, change is not the first thing on their mind. It is assessing that change and what impact it can have on their stakeholders.”