Canada’s national association of provincial property and casualty insurance regulators is looking into “Best Terms Pricing” in all commercial lines following recent regulatory actions to ban the practice in the strata insurance line in B.C. and Alberta.

The Canadian Council of Insurance Regulators (CCIR) “intends to look at the practice of Best Terms Pricing within the broader commercial insurance market, to ensure the practice aligns with fair treatment of customers principles,” said Frank Chong, chairman of the group, in a news release Wednesday.

As defined by the B.C. insurance regulator, under Best Terms Pricing, the final premium paid by strata owners on an insurance subscription policy is based on the highest of various insurance companies’ bids, even if the majority of insurance quotes are lower.

In separate statements, the provincial insurance regulators in B.C. and Alberta have taken steps to ban Best Terms Pricing in strata insurance. B.C. said it will ban the practise before or on Jan. 1, 2021, while Alberta will ban it as of Mar. 1, 2021. Both regulators state explicitly that the practice will be phased out in the strata insurance market only.

But CCIR intends to expand the scope of inquiry to the use of Best Terms Pricing within the commercial insurance market generally.

Best Terms Pricing has been in the spotlight recently because of the hard market conditions in the strata/condo insurance lines. Pricing and deductibles have increased substantially, and some carriers have withdrawn from providing capacity in the condo insurance market. 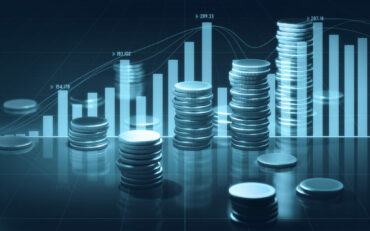 Brokers have reported to Canadian Underwriter that they are increasingly having to build condo insurance solutions for clients by having multiple carriers agree to take on certain portions of a single strata risk. This is known as underwriting the risk on a “subscription” basis.

In the strata insurance market, condo corporations must insure 100% of their risk. And thus, Best Terms Pricing can come into play, if it means securing a final insurer to cover the full risk.

Kenneth Pazder of Pazder Law Corporation in B.C. cites an example of how Best Terms Pricing could play out in the strata insurance context. To understand the pricing quoted below, note that when each insurer quotes on a strata property, it sets out the amount of risk it is prepared to accept (the participation percentage) and a rate charge (price per insured dollar). So, for example, a premium charge of $0.23 per every $100 worth of coverage for 30% of the property.

“Several insurance companies place bids on the [strata] complex to insure different percentages of the whole value, presumably to spread the risk in the event of a catastrophic loss,” Pazder notes in an online article describing the process. “Thus, if there were three bids for 90% of the value of the complex (i.e. $0.23/$100 for 30% [of the property], $0.25/$100 for 30%, and $.027 for 30%, the insurance broker still needs to pick up an extra 10% coverage (as s.149 of the Strata Property Act requires insurance for full replacement cost, not just a portion thereof).

“If none of the first three bidders can be persuaded to up the percentage that they wish to cover, and a fourth insurer bids at $0.45/$100 for the remaining 10%, then the premium for the whole policy is based on the highest bid, namely $0.45/$100.  This would result in a premium which is substantially higher than would be calculated under any of the first three bids.”

In a statement Tuesday, Chong, who is the vice president of regulation at the B.C. Financial Services Authority (BCFSA), said the BCFSA team “collected sample data from industry on strata insurance properties insured during a period of one month to gain a better insight into this practice. We found that approximately 94 per cent of sample properties had been negatively impacted by this practice.”

B.C. brokers believe that the practice is not as widespread as the regulator suggests.

“Typically, it’s extremely rare and it’s probably been over-exaggerated as to the impact that it represents on [condo insurance] pricing,” Chuck Byrne, executive director of the Insurance Brokers Association of B.C., is quoted as saying in the Vancouver Sun. Best Terms Pricing “is a symptom of the tough market, but it isn’t a driving element,” he said.

In Alberta, the regulator excluded the following practices from its ban on Best Terms Pricing.

Editor’s Note: This is a developing story and Canadian Underwriter will be providing more information and commentary as it becomes available.