The insurance and reinsurance industry would benefit from paying more attention to “black swan” events, those which are “not anticipated and probably not modelled,” a speaker suggested on Wednesday at the Canadian Insurance Financial Forum (CIFF). 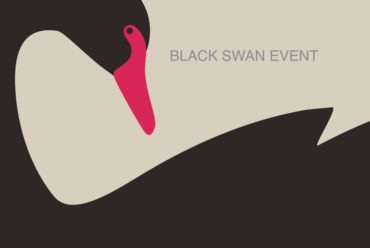 “When you look back at the major events around the world, there is always something notable about them that we didn’t anticipate. They are sort of in the ‘black swan’ category,” said Monica Ningen, managing director – chief property underwriter for the United States and Canada with Swiss Re.

Ningen was a panel member at a session titled Perspectives on the Canadian Reinsurance Scene after a Rough Year. The other speakers were Jonathan Stephenson, executive vice president at Aon Benfield Canada and Michael Brisebois, global head of reinsurance at TD Insurance. The panel, held at the Metro Toronto Convention Centre, was moderated by Stanley Fung, vice president of finance and chief financial officer with SCOR Canada Reinsurance Company.

To illustrate an atypical event, Ningen used the example of a California earthquake event, a “very large” event on an “unknown fault.” At that point, she suggested, people could “walk away from their mortgages,” as there are “still more people that owe money on their mortgage than what their house is worth or insured for” in the United States. That in turn would default back to the mortgage company, which buy default covers, often from reinsurers.

“So you’re going to have an accumulation across the default covers and the exposures that reinsurers have in the state of California,” she suggested. “That likely will impact the stock market quite significantly. And I have not started to even talk about whether the municipalities in California are in a position to get the roads back open, the electricity back on and those communities rebuilt,” she said.

“It comes down to what does that event look like and if we have thought about those scenarios,” she said, pointing out that one about 10% of people in California buy earthquake insurance. Some people may say, “‘Well that’s a black swan, that will never happen,’” she said as an example. “Just sit back and think about how many black swans happened in your lifetime.”

The Quebec ice storm in 1998 could certainly be considered a black swan event. “I don’t think anybody would have expected a winter storm to be that severe,” Stephenson said during the panel discussion.

When looking at uninsured or underinsured coverage, it’s important to examine a specific region and peril and why it’s not being covered in that area, Ningen suggested. She told conference attendees that Swiss Re recently conducted “blind testing” in California to see which products people may be interested in buying. “A byproduct of that study, which was not an intentional outcome, is we had asked people, ‘What do you think your risk is?’ and then we just did a zip code look up and at the end told them what we thought their modelled risk was,” Ningen explained. “And what we found is over 60% of respondents had no idea what their quake exposure was.”

In California, part of the problem is that sometimes “the real estate agents do not want the insured to know that they are in a high quake zone and they should have insurance because they don’t want the sale to fall through,” Ningen contended. “And then you go to the agent, and the agent’s in the fire business, where quake is optional, so they also are not necessarily advertising that component.” As well, deductibles can be quite high. Still, figuring out “exactly which reason drives the 10% [of policyholders who buy earthquake insurance] is quite hard,” Ningen conceded.

Ningen reported that the California Earthquake Authority, which distributes through insurers, has “done a really good job over the past five years modifying their product to be [more] consumer friendly in terms of various deductibles and various policy coverages. The coverage is available, it’s just down to consumer buying behaviour,” she said, adding that she would like to see the industry rely a bit more on behavioural economics to educate consumers on risks and potential product choices. “Unfortunately, I think it is going to take a big event somewhere to wake people up,” she said.