Insurance telematics policies in force in North America expected to grow from 6.3 million in Q4 2015 to 42.1 million in 2020: report

The number of insurance telematics policies in force in North America is expected to grow at a compound annual growth rate (CAGR) of 45.8% from 6.3 million in the fourth quarter of 2015 to 42.1 million in 2020, according to a new report from analyst firm Berg Insight. 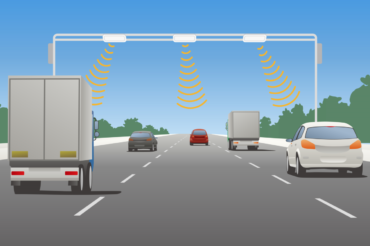 In Europe, the number of insurance telematics policies in force in the European market reached 5.3 million in Q4 2015, Gothenburg, Sweden-based Berg Insight said in a press release on Monday. Growing at a CAGR of 37.2%, this number is expected to reach 25.8 million by 2020.

The report noted that the insurance telematics market is currently in a phase of strong growth in both North America and Europe, with United Kingdom being one of the frontrunners. Although the market penetration of usage-based insurance (UBI) in Canada has previously been considerably lower than in the United States, the number of telematics-based auto insurance policies in Canada has seen tremendous growth during the past year and is now estimated at 450,000 policies. “Canada, the U.S. and Italy in particular have seen a significant increase in the use of telematics-based auto insurance during 2015,” said Jonas Wennermark, IoT/M2M analyst at Berg Insight, in the press release.

According to the report, titled Insurance Telematics in Europe and North America, “the addressable market for insurance telematics is significant.” An estimated 276 million vehicles with telematics were in use in North America in 2014, out of which passenger cars and light trucks were estimated to represent almost 263 million vehicles. “Some kind of basic automotive insurance is mandatory in most developed countries and there are moreover a number of subcategories of insurance that provide coverage for different types of unforeseen events involving motor vehicles,” the report said. Auto gross written premiums in North America reached US$215 billion in 2014.

The report also noted that in North America, smartphone-based solutions are growing rapidly whereas Europe still largely favours device-based solutions. The European insurance telematics market is largely dominated by hardwired aftermarket black boxes, while self-install OBD [on-board diagnostics] devices instead represent the vast majority of all active policies in North America. As well, several major U.S. providers of UBI have recently shifted to solutions based on smartphones. “Berg Insight now expects a rapid increase in the uptake of solutions based on smartphones and also embedded OEM [original equipment manufacturer] telematics systems in all markets in the upcoming years,” the release said.

“The nascent insurance telematics market is currently in a phase of strong growth which is expected to accelerate in the coming years,” the report said. “Europe and North America so far represent the vast majority of all insurance telematics programmes and active policies from an international perspective, and the front-running national markets include the U.S., Italy and the U.K.”