Insurer websites are not keeping up with customer expectations, with just over half (55%) of those polled saying they “definitely will” return to the site for their servicing needs, according to the J.D. Power 2016 Insurance Digital Evaluation Study, released on Thursday. 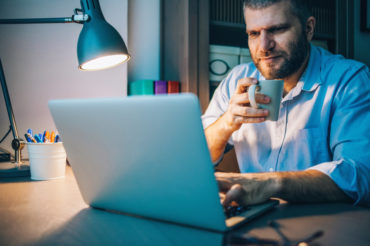 The study examines the functional aspects of websites rather than such esthetic aspects as look and feel. Consumers performed a number of tasks online and then rated the ease of performing them on a 5-point scale. Their ratings were used to compute an overall index for shopping and servicing experiences based on a 500-point scale.

While overall satisfaction among customers shopping online for auto insurance improved by 7 index points to 376 in 2016, satisfaction among customers using their insurer’s website for servicing activities has a more modest 4-point improvement to 424. Some of the more basic service tasks, such as printing or requesting new or replacement ID cards, updating the user profile or adding a driver or vehicle to the policy, earn the lowest overall experience scores, the release said.

“While satisfaction hasn’t suffered yet, it likely will if insurers don’t invest in their websites and keep pace with other industries,” said Valerie Monet, director of the insurance practice at J.D. Power, in the release. “Compared with the servicing experience, there is still more room for improvement. The digital sales experience poses a growing financial risk for insurers as they work to close new business.”

Customer expectations of their insurer’s website are set based on their experiences on other sites, including non-insurance sites. J.D. Power reported that many insurance companies have begun using responsive design technology, which helps facilitate access across multiple devices. However, “there is still work to be done” when it comes to making sure information on the site is easy to find and understand, the release said, point out that nearly one-fourth of auto insurance customers do not completely understand the information about their current deductible, coverages or the claims process when accessed via their insurer’s website.

Monet noted that direct insurers have more heavily invested in their websites than agent-based insurers because it’s a “primary channel of communication with their customers and key to new-customer acquisition strategies.”

She said that across multiple industries, mobile devices are increasingly being used for online transactions. “Although apps have been slower to gain popularity in the insurance industry among consumers, once they do, customers’ expectations are likely to be high based on their experiences in other industries such as banking. Highly rated apps from other industries typically focus on key actions while underperforming apps have outdated interfaces.”

Other findings of the study include: