Insurers have paid AUS$1 billion in claims related to Cyclone Debbie, with more than 85% of claims now closed, the Insurance Council of Australia (ICA) reported on Monday. 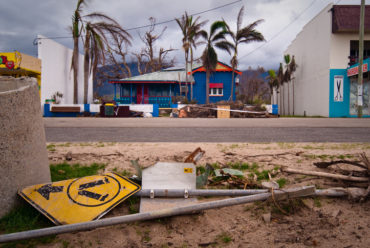 For Cyclone Debbie, since mid-September, a further 3,919 household and business claims have been lodged, adding AUS$89 million to the total losses, ICA reported. Despite the fresh lodgements, more than 85% of claims have been closed.

ICA CEO Rob Whelan said in the release that insurers had paid about AUS$355 million in repairs and services in the past six weeks alone, and the industry’s response to Cyclone Debbie claimants was the fastest on record. “Insurers are injecting AUS$11.8 million each working day into affected communities stretching from the Whitsundays through to southern New South Wales,” he said. “The closure rate for Cyclone Debbie is running at least 15 per cent ahead of any previous natural disaster. Some customers in the worst-hit areas, including the Whitsundays, may have more complex scopes of works to define and complete. Insurers have employed teams of local tradespeople as well as large building firms to accelerate the pace of these building works once agreements are reached with customers.”

Whelan added that ICA and insurance companies had organized or participated in more than 250 one-on-one meetings, briefings and forums to hear customer concerns and address issues. He said insurers were seeking to resolve a small number of contentious claims.

Queensland is facing an above-normal cyclone season this summer, and Whelan surged households and businesses to prepare their properties. Median premiums for home and contents in North Queensland had remained relatively stable over the past couple of years, he said, adding that insurers were competing in the region on price and policy features and a recent government report has shown that insurers were paying AUS$1.40 for every AUS$1 they received in premiums.