Insured losses from Hurricane Hermine will likely not exceed US$400 million: RMS 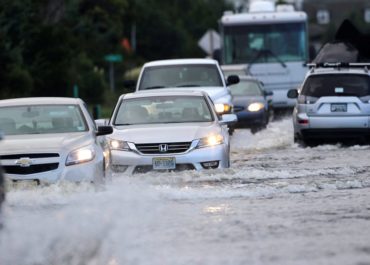 This figure includes property damage and business interruption caused by wind and coastal flooding to residential, commercial, industrial properties and auto lines of business, RMS said in a press release. RMS estimated that residential insured losses represent approximately 60-70% of the total insured loss. Post-event loss amplification is not expected to be a factor from Hurricane Hermine, the firm added.

The calculations are based on RMS’ hazard reconstructions of Hermine’s windfield and storm surge using version 16.0 of the RMS North Atlantic hurricane models. The reconstructions show that on average approximately 30% of the event loss is associated with coastal flooding, including coverage leakage, in addition to an escalation in claims severity for wind-only policies in situations where wind and water hazards co-exist in residential lines of business.

“Hermine produced damage within the expectations of a category 1 hurricane and RMS analysis shows that this event won’t severely impact the insurance industry,” said Tom Sabbatelli, hurricane modeller at RMS, in the release. “Although Hermine was the first hurricane to make landfall in Florida in eleven years, it did not end Florida’s drought of major hurricane (category 3-5) landfalls.”

The estimate does not include losses to the National Flood Insurance Program, RMS added. Furthermore, losses associated with inland flooding are not included, but are expected to be a “minimal contribution” to the total insurance industry loss.

Hermine, the first hurricane to hit Florida in more than a decade, caused at least three deaths, inflicted widespread property damage and knocked out power to hundreds of thousands of people from Florida to Virginia, the Associated Press reported on Sept. 6, days after the hurricane first struck before weakening to a tropical storm across Georgia.

Fitch Ratings said on Sept. 6 that the hurricane was expected to have a “modest” impact on the P&C and cat bond markets. While insured losses for reinsurers were also likely to be limited, the ratings firm said that it believed the event could depress third quarter results for primary insurers in the affected region.

Karen Clark & Company estimated that insured losses from the event would approach US$500 million and were “likely to produce in excess of 50,000 claims,” with economic damage of almost US$1 billion.