Change can be a “wonderful thing,” but organizations must be aware of its cumulative impact, the president and CEO of CNA Canada said last week at the CIP Society Symposium’s Up Close and Personal session.

Imagine an insurance company that launches a bunch of initiatives, all well-organized and planned, well-executed and very successful. But at the same time, staff feel burned out by all the new policy wordings, guidelines, procedures and products. This stress creates frustration, which in turn impacts service levels. 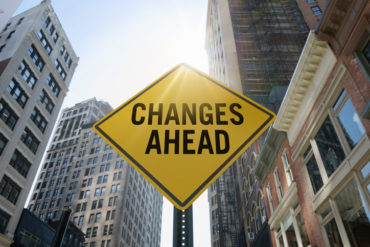 So, while a company always wants to be innovating, moving forward, progressing, advancing and developing, they need to be aware of the cumulative impact of change, said CNA Canada president and CEO Nick Creatura.

One consequence of too much change is staff burnout, which could force an insurer to apologize to its trading partners due to missing deadlines. Or an insurer may be forced to ask its underwriters to focus on their renewal portfolios versus new business, because they are unable to answer the phones or get to renewals quick enough.

That said, it’s also important to embrace change. While there are negative impacts of stress, “stress in many ways is actually a very good thing,” Creatura said, since it helps a person deal with a challenging situation.

“If we can think about stress that way – think of change as positive, as moving forward, and dynamic – that I think builds resilience,” he said. “Oftentimes, there’s an opportunity there. We often say the opposite of crisis is opportunity.”

Creatura became the CEO of CNA Canada two years ago, but has worked for a number of insurers over his career, including Chubb, Liberty Mutual, RSA. He was asked by an audience member what he thinks makes a good CEO as opposed to a bad one.

“I think empathy is the most important value that a leader can have,” Creatura said, citing what others have told him. “I am curious by nature. I ask questions all the time and listen, most important, listen to the answers.”

Noting that co-workers often spend more time together than with members of their own families, Creatura said personal connections are important.

“I turn up at wakes,” he said. “I write handwritten notes of congratulations to people when they’ve been promoted or land a big account, or sympathy notes if they’ve had somebody pass in their family. If I’ve heard something is going on with somebody, I’ll probably stop by their desk and have a bit of a chat to see how they’re doing.”