How this insurer fared against a drunk driver’s “regurgitation” defence

After a drunk driver regurgitates alcohol from the stomach to the mouth, taking a breathalyzer test just seconds shy of a 15-minute wait period doesn’t necessarily render the test invalid, a B.C. court has found. 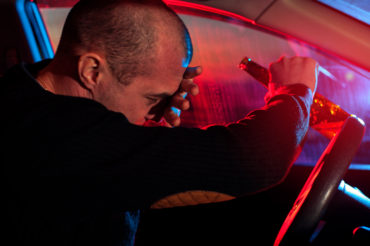 In reaching its conclusion, the Supreme Court of B.C. noted that the breathalyzer test was not even required to reach the conclusion that the plaintiff with acid reflux was driving while intoxicated. The court agreed with B.C.’s public insurer, the Insurance Corporation of B.C., that the impaired driver was not entitled to insurance coverage. In addition, the court granted ICBC’s counterclaim of $212,000.

Ryan Alexander Hamman drove his 1989 Audi into the rear end of a 2006 Chevrolet Cobalt driven by Timothy McDowell on June 15, 2009, shortly after two o’clock in the morning. The impact of the collision caused McDowell’s vehicle to strike a 2007 Toyota Tacoma owned by Gordon Clark. McDowell and Clark had been stopped on Highway 1 in Surrey, B.C. because of construction activities nearby.

McDowell was injured in the accident and the vehicle he was driving was damaged. Also damaged was Clark’s Toyota Tacoma.

Hamman held third-party liability coverage to a limit of $200,000. The insurer denied coverage on the basis that Hamman was driving under the influence of alcohol.

The police officer at the scene detected alcohol on Hamman’s breath and started to deliver a breathalyzer test at 3:35 a.m. At trial, the officer was asked if anything had happened at that time to suggest the test might have been influenced by the presence of “mouth alcohol.”

“Yes,” the officer testified. “Your Honour, Mr. Hamman burped and seemed to, like, puke something up into his mouth and then re-swallow it. And at that time I re-started the first observation period.”

The regurgitation happened at 3:51 a.m., the officer testified. “…it lasted a couple minutes, and I re-started the observation at 3:53 a.m.”

The regurgitation of alcohol from the stomach into the mouth can contaminate breath samples and result in a falsely high reading by the breathalyzer test. When such regurgitation occurs, the standard practice is to wait a further 15 minutes before proceeding with any testing.

Hammond argued at trial that his regurgitation started at 3:53 a.m., not at 3:51 a.m. Therefore, his breathalyzer test taken at 4:08 a.m. was seconds short of the standard 15-minute observation period. As a result, his .17% blood alcohol reading, well above the legal limit of .01%, was completely unreliable.

The court didn’t accept this argument, noting that there are other ways to assess inebriation than just a breathalyzer test.

“Whether a person is so intoxicated that he is incapable of properly controlling a motor vehicle is a question of fact,” Supreme Court of B.C. Justice Nigel P. Kent wrote. “Such incapacity can be and often is established by circumstantial evidence. Such circumstantial evidence can and often does include lay opinion evidence of intoxication, whether observed before, at the time of, or after the accident.”

In Hammond’s case, the judge noted: “The circumstances of the accident itself strongly support the inference that Mr. Hamman did not have proper control of his vehicle, i.e. rear-ending a stopped car at 40 km per hour on a highway surrounded by flashing lights and traffic cones with a lengthy line of sight and in clear and dry conditions.  I do not accept Mr. Hamman’s proffered explanation for the accident; it is much more probable his perception difficulties were compounded by alcohol.”