“At some point in the distant past, perhaps four decades ago or more, the Canadian insurance industry was actively involved in the building code process,” Glenn McGillivray, managing director of ICLR, said Wednesday. “At some point along the line, this participation waned, then dropped off altogether.” 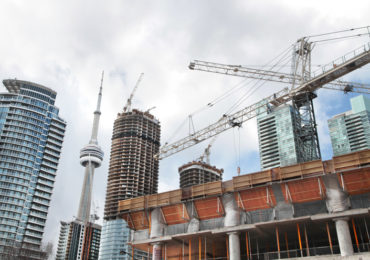 As ICLR’s building code work evolved, both the institute and IBC thought it would be important to restore direct industry involvement. ICLR aided IBC in finding an industry volunteer to sit on the Canadian Commission on Building and Fire Codes. The person holds a degree in architecture and is a senior management with a major Canadian p&c company, McGillivray reported. “She reports to IBC and ICLR on a regular basis about goings on at commission meetings and ensures that industry concerns are addressed in the building code development process.”

McGillivray discussed building codes in advance of the CatIQ Connect conference, to be held Feb. 4-6 at the Metro Toronto Convention Centre. He will be speaking at the Codes & Standards session, which will outline the Canadian codes and standards network, how standards and guidelines are developed, and provide examples of real-world solutions being implemented to tackle client change.

“To me, it is amazing how few people know how codes work in Canada, but how many think they know about them and appear to speak with authority,” McGillivray said. “Most people, including insurance folks, don’t really know a lot about the code process, but we are hoping that through sessions like this one, that will change.”

ICLR has identified gaps in Canadian codes that, if addressed, would increase the resiliency of homes to severe weather. Many are relatively easy to address and add very little cost to the price of a new home.

ICLR would also like to see Canadian insurers require some of these measures when they are paying to rebuild a home that was damaged or destroyed in a loss event, regardless of whether they are required by code. While some insurers may argue that they can only build things back the way they were as per the contract (‘like kind and quality’) and not put them back better, McGillivray disagrees. “There are many examples of how insurers put insureds back in a better position than before a loss. The only thing needed here is the will.”

On the first point, structures in Canada have always been built using assumptions based on historic weather data with no consideration given to how weather may change over the life of a given asset, McGillivray noted. The federal government recently issued a Request for Proposal to have a supplier provide assumptions on what future weather may hold so that these can be incorporated into future iterations of the Canadian National Model Building Codes.

On the second point, groups like ICLR are submitting building code change requests that would see resiliency/adaptation measures included in the future code (possibly for 2020, but likely the 2025 CNBC, McGillivray says).

ICLR has also been commissioned by the National Research Council and the Standards Council of Canada to develop “seed documents” on basement flood and wind risk, and has participated in the development of a wildland-urban interface fire guideline that is currently being developed by NRC. Seed documents such as these are precursors to new standards which may be used to inform building code changes, McGillivray said. The institute has also worked with NRC and CSA to develop the first national basement flood protection standard CSA Z800-18: Basement Flood Protection and Risk Reduction Guideline.