The key variables driving overall commercial insurance customer satisfaction in Canada and the United States are insurer profitability and broker expertise, according to the J.D. Power 2016 Large Commercial Insurance Study. 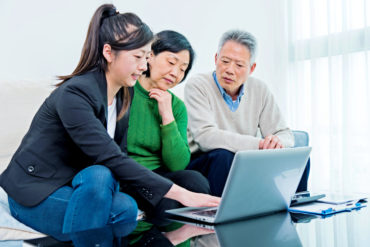 The survey, which provides an “independent and objective” measure of overall satisfaction among large commercial insurance risk professionals in Canada and the U.S., was released on Monday, J.D. Power said in a press release. The study is based on responses from more than 1,400 risk professionals or employees who provide oversight for their organization or are members of their organization’s risk management team. Organizations included in the study have at least $100 million in annual revenue or operating budget and have purchased a commercial insurance policy from one of the profiled insurers or brokers.

The study, now in its third year, measures customer satisfaction with commercial insurers and insurance brokers based on five factors: service interaction; program offerings; price; billing process; and claims. Satisfaction with commercial brokers is based on nine attributes: quality of advice and guidance provided; reasonableness of fees; ease of the renewal process; effectiveness of risk control services; variety of program offerings; effectiveness of program review; price, given services received; billing and payment process; and claims process.

Among large commercial insurers, a distinct correlation is found between customer satisfaction and insurer profitability, as measured by total commercial combined financial ratios (based on premiums written), the release said. The highest-performing companies in overall satisfaction – one scoring 773 on a 1,000-point scale, another scoring 767 and a third at 765 – are also found to have among the industry’s strongest combined ratios, “suggesting that the most profitable insurers are able to support more flexible underwriting standards to meet customer needs more effectively,” the release said. “Overall, J.D. Power finds a 0.67 correlation between customer satisfaction and insurer profitability.”

Among commercial brokers, the highest-performing firms – scoring 863 and 823 – outperformed larger rivals by a large margin. “The most significant single attribute driving that performance is quality of advice/guidance provided, demonstrating for the second consecutive year that brokers who have an in-depth expertise and establish a hands-on, consultative relationship with their clients are consistently driving the highest levels of customer satisfaction,” J.D. Power said in the release. “The study also shows the inverse to be true. Among the 20% of customers who indicate their broker does not completely understand their business needs, satisfaction declines by an average of 136 points.”

“As rates across the U.S. commercial property and casualty insurance market continue to decline, delivering an exceptional customer experience has become the x factor that levels the playing field and opens up new growth opportunities for commercial insurers and brokers,” suggested Greg Hoeg, vice president of the U.S. insurance practice at J.D. Power. “With the potential for rate volatility in 2017 and beyond now increasing, keeping a laser focus on customer satisfaction will be a critical driver of success.”

Mary Roth, CEO of RIMS, added that the “key for risk professionals to effectively manage uncertainties is knowledge. Gaining the perspectives of their peers through this J.D Power and RIMS study arms practitioners with the insight to make informed strategic decisions regarding the future of their organizations’ insurance programs.”