Increased losses due to significant trampoline injuries has resulted in restrictions on insurance coverage in Alberta.

The Alberta Gymnastics Federation (AGF) provided an update on its trampoline coverage on Sept. 7. Due to a recent limitation endorsement, coverage is restricted to competitive activities only, meaning non-competitive and recreational trampoline use is now excluded. Participants must also be registered as competitive members and a trampoline technical coach must be present. 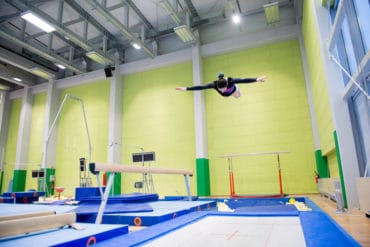 The endorsement was national and not specific to AGF, the federation’s chairperson wrote in a July 11 memo. It was instituted by Markel International “based on the frequency and severity of trampoline-based injuries across the industry. Other insurance carriers were approached, however, they declined due to the AGF’s claims history or have removed themselves altogether from trampoline-based operations.”

The board of the AGF said the endorsement was “not favourable for club operations, but due to the large premium increase (close to 50%) combined with the significant financial payouts, AGF possesses no other choice.”

The announcement follows a trend that has seen Canadian insurers jumping out of the trampoline business. Most sports insurance carriers have exited writing this class due to several catastrophic injuries and deaths in the last few years at trampoline park facilities and through provincial gymnastics associations, Gina Bennett, vice president of Markel Canada’s western region, told Canadian Underwriter in July. Bennett is the former president of Allsport Insurance, a managing general agent fully acquired by Markel in April 2017.

“Insuring anything that’s got a trampoline in it seems to be incredibly difficult at the moment,” Hirst said. “It’s mainly down to frequency and size of losses that have occurred over a very long time, but certainly running up to Christmas last year, there were a couple of really bad claims, which has almost dried up capacity for trampoline risk.”

In its Sept. 7 update, AGF and brokerage Toole Peet Insurance noted that when larger claims occur and result in payouts in excess of the earned premium, the carrier starts to review the program. “When we look at the AGF program, the profitability has drastically worsened over the years predominantly due to significant trampoline injuries,” AGF and Toole Peet wrote in the update. “There have also been claims in other trampoline-related sectors. As a result, the AGF, as well as these other sectors, have been affected by both rate increase as well as coverage limitations.”

In addition, the insurance marketplace is also in a cycle of stricter underwriting requirements and a lack of willingness to insure certain liability exposures. “The situation that we currently find ourselves in is not just isolated to gym clubs or trampolines, but simply a function of the insurance marketplace, where losses and/or the perceived probability of further losses outweighs the premiums gathered.”