Why this insurer is ‘shrinking’ its D&O liability business

Lawsuits arising from corporate mergers and acquisitions and “creative theories of liability” are reducing Chubb Limited’s appetite to insure directors’ and officers’ liability.

Since 2016, there has been an increase in the frequency of lawsuits against directors and officers, said John Keogh, executive chairman and chief operating officer of Chubb, on Wednesday during an earnings call, commenting in general and not on Canada specifically. 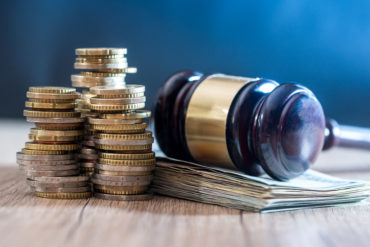 Chubb underwriters are “finding more and more instances” where rates are “not adequate to the exposure and this has led to us, as a result, shrinking our business” in D&O, added Keogh.

In some commercial insurance lines, Chubb is “trading growth for adequate pricing,” the company said Tuesday in its earnings release for the three months ending Sept. 30.

Chubb Limited is the name of the merged firm formed in 2015 when ACE Ltd. acquired The Chubb Corp. of Warren, N.J. Chubb is now the fifth largest liability insurance writer in Canada, according to the 2018 Canadian Underwriter Statistical Guide.

There are three drivers of lawsuits against directors and officers, Keogh said Wednesday in reply to a question from an investment banking analyst.

One is what Keogh called “merger objection cases,” where someone sues members of the board of directors of either the seller or buyer.

Another driver is the strategies used by plaintiff law firms.

“There are firms out there that did not exist 10 years ago that are finding (lawsuits against directors and officers) is a great way to make money. Here we are seeing innovation. I will call it creative theories of liability in terms of suits against the boards and management teams.”

A third driver is what Keogh calls “event-driven” litigation against boards.

“Image the traditional general liability and property claims. Think of mass tort. A dam bursting and people being hurt, or a cyber breach, where you get property claims, you get liability claims. Well guess what? More often than not, today, you also get allegations and claims being brought against management and boards of directors.”

Chubb reported Tuesday its net income was $1.2 billion during the third quarter, with premiums earned of  $7.5 billion. All figures are in U.S. dollars.

Net premiums written in North American commercial property and casualty insurance were up 3.6%, from $3.086 billion in Q3 2017 to 3.2 billion in the latest quarter, Chubb said in its release.

But premium growth in financial lines has shrunk, Keogh said Wednesday during the conference call.

Chubb officials did not comment on D&O liability risk in Canada specifically or on Chubb’s Canadian results. Canada’s federal Office of the Superintendent of Financial Institutions reports that in D&O liability, Chubb Canada had net premiums written of Cdn$10.805 million in Q2 2018, down from Cdn$11.394 million in Q2 2017. The claims ratio increased from 54.57% in Q2 2017 to 90.56% in Q2 2018, OSFI reported of Chubb Canada.

Also in Canada, several corporate directors and officers have been named in lawsuits in recent years. The lawsuits arose after the firms’ share prices dropped and shareholders alleged that directors and officers misrepresented the true state of the firms’ finances. For example, the Canadian Imperial Bank of Commerce is being sued by shareholders alleging that in 2007, bank officials failed to disclose CIBC’s exposure to the U.S. residential mortgage market.  CIBC’s stock price dropped 37% between May 31, 2007 and Feb. 28, 2008. Allegations against CIBC have not been proven.

South of the border, the increase in lawsuits against directors and officers is affecting multiple insurers, A.M. Best Company Inc. said in Quick Look: D&O 2017 Year-end Results, released this past April.

“Companies that are focused on underwriting and pricing discipline are reportedly walking away from accounts if they are unable to get their desired rate increases, and as long as competition prevents companies from implementing meaningful rate increases, profitability for D&O will continue to decline,” added A.M. Best.