Why insurers aren’t rushing to offer earthquake insurance in Quebec

Canadian insurers are not rushing in to correct a gap in earthquake coverage in eastern Canada right now, primarily because they have a lot of risk on their plates already, an industry representative told the C4 2018 conference in Ottawa Friday. 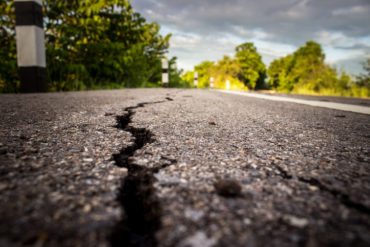 “To be candid, since 2009, the insurance industry has faced a remarkable decade of nat cat losses in this country, and the insurance industry has considerable exposure given the uptake [of earthquake coverage] in British Columbia, so I’m not sure companies are falling all over themselves to increase exposure in Quebec at this time,” said Craig Stewart, vice president of federal affairs at the Insurance Bureau of Canada. “Certain companies are promoting it, but I don’t think there is an overt campaign at this point.

“That’s part of the issue: What can we bear? What do we want to take on as an industry?”

Eastern Canada, particularly the Ottawa-Montreal corridor, is an area with a lot of seismic activity. Since 1663, five earthquakes of Magnitude 6.0 or greater have occurred in the Charlevoix seismic zone, located 100 km east of Quebec City. About 450 earthquakes happen in eastern Canada every year, although people would not notice them because of their low magnitude.

“This is a direct consequence of the low earthquake insurance take-up in Quebec. I think many Canadians realize that earthquakes occur in the east, but it’s safe to assume that very few appreciate just how much damage could be caused by a large earthquake.”

One unidentified delegate in the audience doubted pricing was a factor for the low take-up in Quebec. “There’s always the question, ‘Is the insurance too expensive? Are the premiums too high or too low?’” he said during the question period. “If you compare it with the cost of an iPhone, where there is not much debate around that, the cost of earthquake is pretty much in range. You could make the case that earthquake insurance is lower for most properties.”

Another delegate wondered if earthquake deductibles are too high. A 10% deductible on earthquake coverage would amount to $50,000 for a $500,000 home (the average price of a home in Toronto is about $735,000). This would be beyond the reach of most homeowners in Quebec to pay for a rebuild, he said. At that point, either the banks would have to step in to re-finance the mortgage, or the government would have to offer a subsidy.

Alain Thibault, chairman, president and CEO of CADRI, noted that take-up of earthquake insurance in California, North America’s seismic hot spot, is only 12 per cent. “I presume that’s because it’s expensive, and I look at B.C., and it’s about 60 per cent. What’s the difference between B.C. and California? Is the insurance industry charging enough money for the risk?”