Facing the distinct possibility of a political regime change in Ontario, the province’s auto insurers and brokers are calling on all of the province’s political parties to keep their eyes focused on auto insurance reform as the way to deliver low rates to consumers.

For Insurance Bureau of Canada (IBC), representing Canada’s home, auto and business insurers, that means non-partisan political support from all of the province’s parties to the principles contained in the Ontario government’s Fair Auto Insurance Plan. 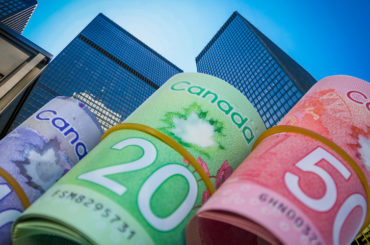 “We’re pleased that the current government reaffirmed its commitment to transforming the auto insurance system by reiterating the measures contained in its Fair Auto Insurance Plan,” IBC said in a statement to Canadian Underwriter regarding the Liberals’ 2018 budget, announced yesterday.

In its budget, the Ontario Liberal government announced the date for establishing a new insurance and financial services regulator, the Financial Services Regulatory Authority (FSRA), which will be operational by April 2019. Also, the government has adopted an industry recommendation to manage care of those who have suffered a catastrophic impairment as the result of a collision.

But the Liberal budget is in peril, based on recent political polling in advance of the provincial election scheduled for June 7, 2018. Recent polls indicate disaffected voters would consider electing an Ontario Conservative Party government led by Doug Ford if an election were to be held now.

Asked what risks or opportunities may exist for the industry if the provincial government changed (and the current budget was not passed), IBC said did not want to speculate on election outcomes.

“We are looking for all parties to commit to making Ontario’s auto insurance system work better for consumers,” IBC said. “We think the Fair Auto Insurance Plan is a good start.”

Announced by the Liberal government on Dec. 5, 2017, the Fair Auto Insurance Plan calls for auto insurance reforms in the following areas:

The Insurance Brokers Association of Ontario (IBAO), Ontario’s broker association, also believed the industry as a whole is supportive of auto reform.

“The risk and opportunity for the industry [of a possible regime change] is the new government’s focus on this objective [and] not becoming distracted by the current issue of the day, for example territorial rating,” said IBAO CEO Colin Simpson.

The PCs under Doug Ford show significant 905-area support, published polls indicate, and some of these areas of the province, such as Brampton, Vaughan, and Mississauga, have historically seen higher insurance rates.

“Geographic discrimination should be eliminated while not raising rates on other parts of the province,” a spokesperson for PC finance critic Vic Fedeli told Canadian Underwriter in December.

The Ontario NDP, when contacted in December 2017, declined to comment on its auto insurance platform.

More News
Related
Ontario budget 2018: What’s in it for the industry
Is the slow pace of regulatory change putting the industry at risk?
Ontario’s plans for auto insurance reform still under wraps
Insurer CEO to personally visit FSCO asking for higher rates

2 Comments » for Why insurers and brokers like Ontario’s budget