Canada’s property and casualty industry has been sounding the alarm for many years about risks associated with climate change, and stakeholders are finally starting to answer the call.

Don Forgeron, president and CEO of Insurance Bureau of Canada (IBC), and Louis Gagnon, president of Canadian operations at Intact Insurance, both told Canadian Underwriter in a conference call that they were starting to see signs of a heightened sense of public awareness about climate risk. They spoke about the topic of climate resilience at the Globe Forum in Vancouver Wednesday. 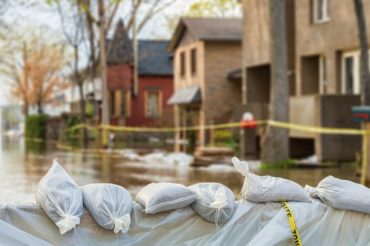 “Ninety per cent of Canadians who actually live in a flood risk zone don’t know that they are at risk of flood,” Forgeron told Canadian Underwriter, a statement supported by the findings of a University of Waterloo study published in April 2017, Canadian Voices on Changing Flood Risk.

“Without awareness of the risk, without sharing that with consumers and other stakeholders, it’s difficult to motivate people to action,” Forgeron continued. “A homeowner is not going to take measures to mitigate the risk of flood if he or she doesn’t believe they are at risk of flood. Of all of the great work that is being done…that’s a key milestone for us — the level of awareness has been raised.”

Forgeron and Gagnon both noted that governments have done a great deal of work already on two key areas of risk identified by the industry – flood-mapping and more infrastructure investment.

“There’s advancement on flood mapping,” Gagnon confirmed. “Flood mapping is something that has not progressed in the past, and now we see some real progress on better information and better data, giving us a better understanding of where the risks are in the country.”

Added Gagnon: “The advancement of technology and data gives us some hope of better understanding where the risks lie, and to be able to influence all stakeholders to take measures to protect those areas in better ways.”

In its 2018 budget, the federal government pledged $40 million over five years towards the upgrading and modernization of Canada’s weather forecasting infrastructure. Significant investments were also announced towards nature conservancy. The conservation of Canada’s wetlands is a key factor in preventing and mitigating flood events across the country.

Canadian P&C insurers have paid more than $1 billion in insurance losses for natural catastrophes in five of the past seven years, as reported by CatIQ during the C4 conference in Ottawa earlier this year.

At the same conference, the federal government revealed it is also feeling the pinch of damage costs related to severe weather disasters. Between 1970 and 1995, the federal disaster assistance program cost the government an annual average of $54 million. In the decade that followed, it jumped to $291 million. From the 2000s to 2015, it jumped again to $410 million per year. In 2015, it rapidly approached $700 million.

“We’re looking at about $900 million, in terms of the estimate I have seen over the next five years, and that number continues to mount,” Matthew Godsoe, manager of the research unit at Public Safety Canada, told the conference. “We know this is something that we have to deal with.”

This level of cost “wouldn’t be sustainable if there is no investment in making sure that cities…are better equipped to support a higher level of water,” Gagnon told Canadian Underwriter. “That’s a fact. We have to make sure that our entire infrastructure is taken care of. At the end of the day, we all have a role to play.”