Should insurers even be writing D&O coverage for sexual misconduct claims?

Why are insurers writing D&O coverage for allegations involving sexual misconduct, which is not really an “accident,” but rather an intentional act that is typically excluded from coverage? 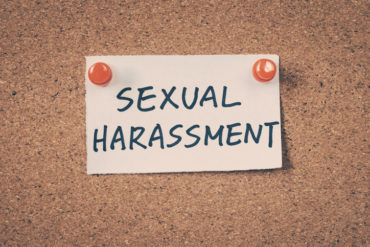 The question came up last Thursday at a PLUS Canada event in Toronto featuring Kevin LaCroix, author of the U.S.-based ‘D&O Diary’ blog. The panel discussion was moderated by Brian Rosenbaum, national director of the legal and research practice at Aon Risk Solutions.

“EPL [Employment Practice Liability] is a funny bird,” Rosenbaum mused during a discussion about sexual harassment lawsuits and their impact on D&O insurance. “In insurance, we don’t like to insure intentional bad conduct. But when you talk about sexual harassment and discrimination, in most cases, it’s intentional conduct. So, it flies in the face of the fortuity principle, in any event. I’ve always wondered why we justify EPL insurance given that…it covers intentional conduct.”

Under the “fortuity principle,” insurance is intended to cover unforeseen or unanticipated losses. On the basis that no one should profit from his or her own wrongful conduct, insurance policies exclude losses arising out of intentional criminal acts – such as arson, for example, or assault.

LaCroix recalled that when he first entered the insurance industry, he was hired as an underwriter. At the time, he suggested to his hiring manager that the company should consider getting into the EPL space.

LaCroix described sexual misconduct lawsuits as the “hottest of the hot topics” for D&O insurers right now in the United States.

In Canada, at least three prominent politicians over the past couple of months have been engulfed by allegations of inappropriate sexual behaviour. None of the allegations have been proven in court.

So far, Rosenbaum said, the class action bar in Canada has not taken a run at corporate boards, attempting to hold them accountable for workplace behaviour.

“Corporate individuals are being held to account for sexual misconduct,” he said. “There are one-off class actions in this regard. Again, what we have not seen is a run at the board for a lack of accountability or systemic harassment issues.”

One recent class action did catch Rosenbaum’s eye because of its potential to reach the board level. In May 2017, approximately 100 former and current female RCMP officers settled a class action lawsuit that included systemic sexual harassment. Ultimately, however, the allegations did not involve the board, Rosenbaum said, and the case reportedly settled for $220,000.