Insurers who look at the future of data analytics most likely to succeed: speaker at Insurance Analytics Canada

Data analytics needs to be seen as a continuous journey, not just a destination, and those insurers that look forward to analytics in 10 years’ time will be the most likely to succeed, a speaker suggested on Friday at the Insurance Analytics Canada conference in Toronto. 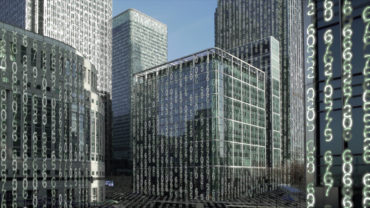 “The best firms, the most successful firms on this journey, will figure out how to make 2025 happen for them in 2018 or 2020. That’s the race,” said Ron Schwartz, president and CEO of Adante Consulting Inc., an analytics and services firm based in Toronto. “Analytics is really going to partner with strategy in the most successful firms. If you are moving out 10 years, the sooner you start getting into shape or getting fit for the race, the sooner you will be able to feel you are making progress down that road.”

Currently, Schwartz told conference attendees during a “Crystal Ball” Future of Canadian Insurance Analytics session, the industry is “really struggling to get a deep understanding of customers, we are trying to understand where they are, what they cost us, what our opportunity is, what the best price is, how to improve the journey. They are all foundational starting points in the conversation about where we are headed with data analytics.”

From a practical standpoint, this could translate into a simple age-based demographic breakdown about what customers are going to look like in 2025, Schwartz said. For example, the under-30 age group don’t own homes for the most part and they aren’t buying things that are expensive to insure. “Maybe I can recognize these people a little bit because I know who they are today,” Schwartz said. “We know about the under-20s. I defy anybody in the room to tell me what an under-20 is going to want to do in 10 years.” Another age group, the 20- to 39-year olds, are “extraordinarily technologically adept, literate, tolerant of a whole bunch of things that a lot of people above the 40-year-old break point don’t even understand,” he argued.

However, Schwartz cautioned that “extrapolating from what we know today” could be dangerous and scary and warned people away from letting that be the main method of forecasting. Questions remain, he said, such as “how will they afford homes in some of these expensive markets? Will they co-own houses? What are we really going to be insuring? What’s the deal on cars and Uber and the sharing economy?”

Schwartz used the recent example of Apple being able to “insinuate itself into credit card transactions and now Interac debit transactions. Apply Pay can take 15 cents out of the transaction cost out of the big banks’ pocket and that the big banks swallowed this arrangement after really hard negotiating… I think reminds us that extrapolating from what we knew last week is probably not the best way to forecast what’s coming down the pipe.” He went on to say that he is “pretty confident that the things [customers] are going to buy through are absolutely not mainstream yet.”

While some things in the insurance industry will remain similar, there are many rain clouds on the horizon, Schwartz told attendees. Consider the changes surrounding channels, consolidation, competition, the emergence of MGAs, marketing models, new entrants into the market, climate behaviour and products. “Who would have thought five years ago somebody would stand at a conference and talk about kidnap and ransom insurance?” Schwartz asked. “What’s actually changing? And in a word – everything.”

“These are some of kinds of the clouds on the horizon that herald some of the discontinuous change that’s going to drive that disruption that’s going to take the firms that are not responsive and market sensing and drive some of it forward,” he added. “And we are really going to be using [analytics] as one of the most new and powerful tools to build ever better informed, ever more nimble and agile and market-sensing organizations.”

For Schwartz, the important message about disruption is that it topples the current order of industries. “The reason Kodak is not a photography company of substance anymore is not because people stopped taking pictures,” he said during the presentation. “It is also not because they failed to understand digital photography – they invented much of it and own many of the patents to prove it. But they couldn’t figure out how to get out of their old film-based model, their factories, their people, their chemistry, their processes and really move to digital. And so Kodak is no more because the market moved on.”

Such a disruption could also happen to a “large behemoth in the industrial space,” Schwartz noted. “Kodak probably knew it was coming at some level, they knew digital was coming, but it toppled them anyways. Every company needs to adapt, they’re not all going to adopt it equally well and that’s an important lesson that we get from times of significant change.”

In 2015, Schwartz said, companies get a competitive advantage by using “almost any analytics,” not necessarily even great analytics. “That’s 2015. Turn your mind forward 10 years. What happens when analytics are well understood and they are table stakes in 2025 and any analytics is no longer a competitive advantage?” he asked. “You actually have to think about that problem a little bit because that’s part of the journey.”