Insurance Bureau of Canada (IBC) is expressing “serious concern” after Mississauga, Ont.’s city council approved an 87.5% increase to towing fees for consumers who need a tow to a Collision Reporting Centre (CRC).

The City of Mississauga defended the increase from $400 to $750, citing economic factors and hardships facing the towing industry. It also blamed significant travel and wait times for tow truck operators following the province’s implementation of a tow zone pilot project.

But IBC argued the fee increase will “burden every driver in the city with additional claims costs until such time as the province decides to regulate fees.” It said the increase was made without justification to residents or consultation with the insurance industry.

“Motion 15.3 was passed as part of the consent agenda without debate,” Arthur Lofsky, IBC’s director of government relations and climate adaptation lead for Ontario, said during a contentious council meeting on July 6, when council approved the increased fees. “Council has taken a decision firmly within its control to raise the maximum fee more than 11 times the rate of inflation.”

The fees only apply to collision towing, Michael Foley, the city’s director of enforcement, told Canadian Underwriter. The fees are:

“The increase is also intended to address the increase in fuel costs and other economic factors affecting the tow industry,” Foley said. “This rate does not apply to all tows in the City of Mississauga. Prices for a broken-down vehicle or other types of towing are not regulated by the by-law and may vary between tow companies.”

Motion 15.3, “A Motion to amend Tow Truck Licensing By-law 0521-2004 regarding Collision Towing Rates when vehicles are directed to a Collision Report Centre (CRC),” also directed council to “formally identify the concerns of the tow truck industry and request that the hours of operation of Collision Reporting Centres in Mississauga be expanded to better serve the travelling public.” 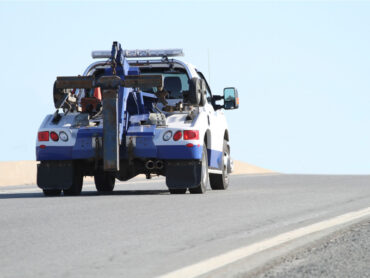 Coun. Carolyn Parrish introduced the motion at the June 22 council meeting. It passed unanimously “without any consultation, debate or staff report,” IBC said in a statement July 13. On July 6, nine out of 10 councillors and Mississauga Mayor Bonnie Crombie ratified the motion.

The lone dissenting councillor, Dipika Damerla, asked Foley during the July 6 council meeting whether $750 for a re-tow, or double tow, was fair.

“As to the [$750 collision towing fee] and whether it’s a fair amount, I can advise there was no report that came from staff on this,” Foley acknowledged. “But with regards to that amount of money for a tow, we know that tow bills for accidents on the highway are coming in at that or higher.

“It’s not beyond the realm of possibility that most accidents that take place in Mississauga that require a trip to the Collision Reporting Centre are going to consume three to four hours of the tow truck operator’s time. And that’s really where we base the [$750 fee]. It closely approximates the cost to the industry for a tow that involves a trip to the [CRC].”

Lofsky says IBC “vehemently” disagrees. “If the city believes it’s a fair rate, let’s have a study to explain it better rather than passing it so quickly without stakeholder consultation, including the residents of the city and the insurance industry who will end up paying for these fees and will end up paying these claims costs.”

Coun. Parrish said extensive reports on towing have been brought to committees and the topic has been “thoroughly vetted.” However, she acknowledged the reports didn’t speak specifically to the $750 fee.

She also pointed to the province’s recently-implemented, restricted tow zone pilot project on 400-series highways in the Greater Toronto Area. IBC says the project is intended to end “first-to-scene tow truck chasing” so that collisions and vehicle breakdowns can be cleared more safely and quickly.

“This idea of a central administration from Queen’s Park when we were doing a perfectly good job here in Mississauga is foolishness,” Coun. Parrish said. “And the pilot project on the 401 is causing nothing but traffic jams since it came in, because you have a select number of companies that are allowed to tow up there. We have companies here in Mississauga that are going broke. They used to do a lot of work on the 401 and they can’t work there anymore because they weren’t one of the special ones chosen.”

Lofsky countered that the province’s “bold action” will bring more oversight to the towing industry, which has faced increased scrutiny over the past few years for well-documented incidents of violence and fraud in the GTA.

“The tow zone pilot is operating all over the GTA and no other municipality is calling for this type of increase,” Lofsky said.

“No other municipality has a towing committee,” Coun. Parrish responded. “That pilot that you’ve encouraged the province to bring in, it’s causing all your own problems.”