Insurers should prepare messaging on responsible pot use

The insurance industry has an important role to play in advising drivers how much marijuana, if any, they can use and still be safe on the road, a safety advocate says. 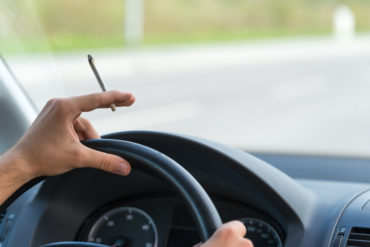 Prime Minister Justin Trudeau may be perceived as “too cool for school” by legalizing marijuana, but expect insurers to be left holding the bag when it comes to educating the public about responsible use and safe driving, Ontario Safety League president and CEO Brian Patterson told Canadian Underwriter in a recent interview.

“We are expecting lots of education to be left on the shoulders of insurers, because we [insurance professionals] are just not looking at ‘too cool for school,’” Patterson said. “We are looking at what’s safe for people on the roadway.”

A bill proposing to make it legal to possess up to 30 grams of cannabis is currently before the Senate, while another federal bill – stipulating how police can test drivers for both drug and alcohol impairment – was referred last month to committee.

Insurers will have to give some guidance to motorists on how much marijuana drivers can smoke without getting too impaired to drive, Patterson said.

Motorists needing advice from insurance companies could include people using medicinal marijuana, people who smoke it “recreationally” and people whose employers require that they be drug-free, Patterson added.

Trudeau said earlier he hopes to have Bill C-45, the Cannabis Act, passed into law this July. It has passed the House of Commons and was tabled this past November for second reading in the Senate.

State Farm Canada announced this past April that 80% of Canadians surveyed said they were concerned about people driving under the influence of marijuana.

Legislation before a Senate committee, Bill C-46, would give police the power to use roadside drug screeners where they have reasonable suspicion that a driver has drugs in his or her body. The federal government proposes to make it an offence to have more than two nanograms for milliliter of Tetrahydrocannabinol (THC) in one’s blood.

If passed into law, Bill C-46 would give police officer the power to demand saliva samples if they stop drivers and have “reasonable suspicion that the driver had drugs in their body,” Senator Gwen Boniface said in November during second reading.

“The oral fluid is collected by inserting a small, hand-held device into the mouth of a driver,” she said. The sample would be tested for cannabis, cocaine and methamphetamine, Boniface told the Senate, adding the test results would only include whether or not the drug is present, rather than indicate the amount of drug present in the person’s body.

The screening devices do “not signal impairment but instead is suggestive that drugs may have been recently consumed,” Boniface added. “If the results of the drug screener indicate that drugs are present in the body, it would assist the police officer in developing the reasonable grounds to believe a drug-impaired driving offence has been committed” and possibly lead to a blood test.

Bill C-46 was referred Dec. 14 to the Standing Senate Committee on Legal and Constitutional Affairs.

The government “has failed to leave enough time for law enforcement agents across the country to properly train and adopt the new screening technologies” that they would need to enforce Bill C-46, said Rachael Harder, Conservative MP for Lethbridge, this past October in the House of Commons. Harder added that THC disappears from the blood within a couple of hours after smoking cannabis but “impairment lasts much longer.”

More News
Related
Pot law renews industry call for drug testing of commercial drivers
How legalizing pot will affect your insurance policies
How can you tell if your client is driving while stoned?
Terrorists following ‘path of least resistance’ as security increased: RMS

1 Comment » for Insurers should prepare messaging on responsible pot use