A pilot program aimed at getting homeowners to reduce basement flood risk is getting a subsidy from the Insurance Bureau of Canada and Intact Centre for Climate Adaptation. 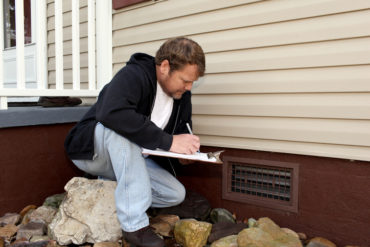 The pilot program is expected to cost $80,000, with IBC contributing $50,000 and the Intact centre contributing another $11,000. The remainder will be paid by the homeowners themselves, at $95 per home. These costs do not include time spent by staff of either the City of Toronto or the Intact Centre, Feltmate said.

One homeowner who got help from the Intact Centre in addressing flood risk was Lindsay Bunce. An assessor walked through her home June 8, finding risks such as a small crack in the foundation, Bunce told Canadian Underwriter earlier.

Homeowners can take more than 30 measures to reduce basement flood risk, Feltmate said Monday. Examples include grading the property so that water drains away from the foundation, in addition to installing backup batteries in sump pumps.

Through an assessment arranged by the Intact Centre, Bunce and her husband “were able to identify a bunch of risks that were present in our home,” Bunce said in an earlier interview. Her basement was flooded this past January when a pipe in the home attached to hers burst. The home on the other side of the shared wall is abandoned.

After their June assessment, Bunce and her husband learned how to test their sump pump, clean it out and make sure it is in proper working order.

The average cost of a home basement flood in Canada is $43,000, Feltmate said during a presentation this past February at the 16th annual Insurance-Canada.ca Technology Conference in Toronto.

He cited the mandatory downspout connection as an example. Toronto also provides subsidies to homeowners for installing backwater valves.