Insurers urged to play a role in rebuilding economies after disasters

Insurers should be giving more thought to planning how to rebuild economies in the aftermath of a crisis, a reinsurance executive urges. 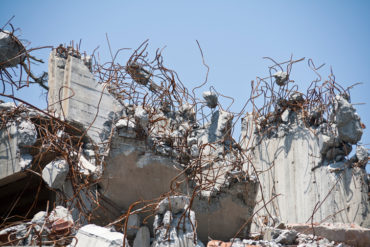 “To my mind, what is often seemingly forgotten is the piece of economic resilience,” says Alex Kaplan, head of North America and senior vice president of Global Partnerships at Swiss Re. “The aftermath, what does the recovery look like? If we haven’t resolved the economic future, the economic vibrance of our communities diminishes over time [after a catastrophe].”

Kaplan made his remarks in Ottawa at C4 2018, organized by Catastrophe Indices and Quantification Inc. (CatIQ), which opened with a workshop developed in collaboration with Public Safety Canada.

The workshop called on participants to think of ways to prepare communities to be more resilient against damage caused by large-scale catastrophe events. Canadian property and casualty insurers have paid out at least $1 billion annually in six of the past 10 years for damage arising from severe weather.

Kaplan said he thought about climate resilience as a “three-legged stool.” There is physical resilience, which describes when risk mitigation is undertaken through land use planning, improved building codes, and rebuilding homes so that they can better withstand storm events. There is also social resilience, which is how diverse, elderly, and low-income communities are protected from bearing the brunt of catastrophic damage.

But building economic resilience is fundamentally important to making sure communities can withstand the damage they sustain following a post-loss recovery, Kaplan said.

He cited the example of New Orleans, where Hurricane Katrina, a Category 3 hurricane when it hit, caused approximately $125 billion in property loss damage and roughly $50 billion to $62 billion in insured damage in 2005.

“New Orleans was a robust community pre-Katrina,” Kaplan said. “Still today, 12 years later, it is at 85% of its pre-Katrina population. All of that wealth of knowledge, that professional class, moved away from the city, and what does that mean?”

Pointing to another example of the economic dislocation created by natural catastrophes, Kaplan noted that the city of Oakland, Calif. “exists solely” because of the 1906 San Francisco earthquake. A large part of San Francisco’s population simply had to move away after the disaster.

“So, when we think about these disasters, a risk anywhere is a risk everywhere,” Kaplan said. “And we have to be thinking incredibly holistically.”