Catastrophe models that Canadian insurers use to predict flood damage should be open-sourced, free and accessible to everyone, says the chief executive of an open source cat modelling platform. 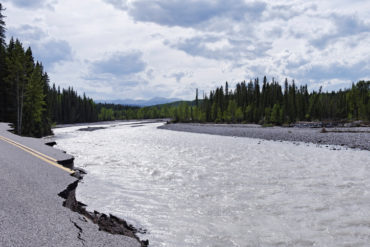 A common theme at the C4 conference in Ottawa, organized by Catastrophe Indices and Quantification Inc. (CatIQ), is that Canadian insurers, governments, academic researchers, scientists and others need to share more information to help identify areas prone to flood losses and storm weather losses.

If everyone is using different data sets to determine flood risk, and in the absence of standard data sets and flood maps, there may be confusion or disagreement between governments and insurers about the value of proposed flood prevention initiatives (a hypothetical example would be building a seawall along a shoreline in Toronto).

“The solution is really, really clear,” said Dickie Whitaker, chief executive of the Oasis Loss Modelling Framework. “The solution has to be that there are national data sets, public assets, that should be available for everyone to use.”

Insurers’ cat models should be supplementing public flood mapping, Whitaker pointed out. For example, probabilistic cat models will calculate variance from what a static flood map may say.

He gives the example of a homeowner saying to an insurer: ‘The flood map said I’m outside the flood zone, I just had a flood. What’s going on?’ “Well, it’s because you can’t expect a flood map to do that,” Whitaker said.

One member in the audience expressed skepticism that insurers would share their cat model information because the companies gain a competitive advantage in using one model over another.

“The insurance industry is deeply competitive,” one delegate said during the Q&A period. “They tend to think, ‘We have the super secret sauce and we have a better way to do it, and we can make money from this.’ But for me, at a time when the hazards seem to be greater than what the models say, that’s incentive for the industry to share that knowledge as widely as possible to inform the public, so people will pay for the risk.”

Another delegate in the Q&A session pointed out that P&C insurers’ cat models typically predict over a limited, one-year period, whereas cities tend to plan over much longer, 20-30 year periods.