Hit TV show Love Island has not been so lovely to its U.K. contestants lately, raising interesting questions about how insurance covers a new breed of reality television. 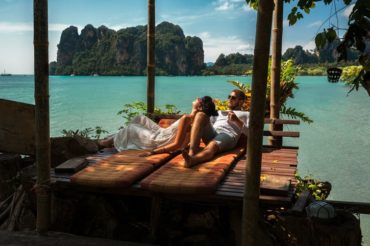 Love Island, which recently started showing in Canada, sends young and eligible single contestants to exotic locations where they hope to find love. In the process, contestants can get downright mean and nasty to each other, all consumed with great interest by audiences throughout the world.

And so, when these reality stars, so dubbed because they are real people, walk off the TV camera sets, how do they cope with their newfound celebrity (and sometimes infamy)?

In the examples of Love Island U.K. contestants Sophie Gradon, 36, and Mike Thalassitis, 26, they became depressed and took their own lives. That prompted a public inquiry in the U.K. into whether these shows offer enough support to contestants after the cameras stop rolling.

“We’ve definitely seen a trend in reality shows moving away from more physical challenges — programs like Survivor or Fear Factor — in which contestants had to compete against one another and do certain challenges that entailed some physical risk,” says Schleifer. “We’ve seen a shift from that to more shows that are emotionally- or psychologically-based. That means having alliances with groups of people, and social interactions with other participants in the show. That has become a big trend. It’s compelling. It grabs audiences’ attention. We’re definitely seeing reality shows pushing into that area.”

When that is done in a supportive way, if a show comes across as non-judgmental or inclusive, those reality TV series “are definitely much easier to insure,” says Schleifer. “But where the shows have an element of humiliation, that’s something very difficult to insure. If there is any intent to be mean-spirited or to put people down, not only is it questionable whether that should be broadcast in the first place, but it’s definitely something an insurance company would be concerned about.”

Potential exposures for producers may include defamation and invasion of privacy, among other things. “We can insure that as well,” says Schleifer, “but it has to be demonstrated that those are controlled well by the producer in order for us to get coverage.”

Schleifer observes that there is nothing particularly “new” about reality TV. It’s been around since the days of the Dating Game (1965-73) and Candid Camera (first appearing in 1948). But training TV cameras on real people to elicit drama seems to have become a lot more popular since the 1990s. And today’s media amplify the pressure on contestants after they leave the show.

“Social media really amplifies this,” says Schleifer. “Some participants on these shows are quite often cast as villains, good guys versus bad guys, but that is an oversimplification. It is sometimes edited that way for entertainment value, but these people are not actors.

“Actors know they are playing a role. They know a [TV] persona is separate from them individually. But a lot of these [reality show] participants don’t have that type of training or that background. For them, it’s really them, so they deal with a lot of social media feedback and they take it very personally. That’s something producers need to address.”

When placing coverage for TV reality shows, brokers and insurers will ask producers about their previous experience in doing these sorts of shows. They will want to know if the producers have an employment contract lawyer in addition to the entertainment lawyer. Do they use proper business practices, such as drawing up proper employment contracts and/or waivers? Do these documents clearly tell reality show contestants what they are singing up for? Will the producers be offering support for contestants both during and after the show?

For the “new wave” of psychological-based reality TV shows, such as Love Island, The Bachelor and Big Brother, basic offerings would include property, liability and entertainment packages. But for these types of shows in particular, a broker may also suggest looking at management liability or employment practices liability, for example, to deal with allegations of sexual harassment or wrongful termination, if someone is dismissed.

The exposures (and coverage options) will vary depending on the show, so insuring reality TV is “very much an artistic process,” as Schleifer puts it. Broadcasting a home renovation contest? The TV producer may need construction and wrap-up liability coverage. Swimming with sharks? If worker’s compensation isn’t available, accident insurance would be a no-brainer. What about a live event that is incorporated into the show? You might be looking at some form of contingency or event cancellation coverage.