Insurtechs are playing a game of collaboration and not combativeness within the insurance industry, the chief executive officer of an online commercial insurance brokerage said recently.

“If you look at every insurtech, we pretty much always have to partner with an insurer or reinsurer, TPA [third-party administrator] or somebody else in order to get the scale,” Danish Yusuf, CEO of Toronto-based start-up Zensurance, said Aug. 24 at the Future of Insurance Canada 2021 virtual conference produced by Reuters Events. “Really, the race is about… which insurance companies can capture the best learnings from start-ups, or which start-ups can learn the best of insurance from the incumbents.”

Chris Cornell, national sector leader, insurance with KPMG in Canada, agreed that the industry is “seeing less disruption and more partnerships and alliances with insurtechs, certainly through COVID.

“The capital outlay required to get into the insurance business from an insurtech point of view is steep and certainly in Canada, it takes a while to be able to build up that critical mass,” Cornell said in an interview with Canadian Underwriter not associated with the conference. “As a result, we’re seeing a lot of insurtechs go into niche markets or really focusing on claims adjudication, digitizing the claims process, or automated underwriting.”

Insurtech as a concept only really started taking off six to eight years ago, Yusuf said during the conference session titled Barbarian Partners at the Gate. It was modelled off successes of the broader fintech ecosystem. 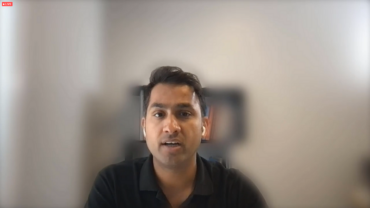 “I don’t think that ended up happening,” Yusuf said. On the flip side, incumbents also felt that they were immune to disruption, possibly because of regulation or other advantages they had.

“I always heard the phrase, ‘Insurance is different. It’s not like the others,’” he said. “I don’t think either side was right. They both need each other; both need elements of each other.”

In effect, it’s a software versus incumbent race, Yusuf said. And the “winning model” will come through partnerships, acquisitions and replication. “The approach doesn’t matter,” Yusuf said. “It will probably be some combination of those approaches, and the winning model will emerge through those various combinations.”

There are certain elements about insurance that make is so attractive for start-ups to come after you, and “I think they’ll keep coming, keep coming until some successful model comes out there,” Yusuf said.

Those attractive elements include:

So, there are potentially thousands of combinations of partnerships that could be formed to deliver things like a better experience to the customer and lower cost structure, Yusuf said. He used the example of a watch retailer offering watch insurance at the point-of-sale. “That watch might have otherwise been insured through someone’s home insurance policy.”

There is certainly interest in the insurtech space. Cornell said KPMG has seen some significant large deals globally. The key one in the first half of 2021 was Google announcing a partnership with Munich Re and Allianz Global Corporate & Specialty around insuring cloud retail products. “Think about what a game changer that would be with Google, obviously, as one of the largest tech companies partnering with tow of the larger insurers as part of this process.”

In the fintech space in Canada, the first half of 2021 saw $4.8 billion in deals, Cornell reported. “A large, large number of those were insurtech,” he said. “So big numbers, big activity. We’ll see what happens in the backend for 2021. I think some of the M&A activity has slowed down a little bit, but it’s still robust.”

Yusuf doesn’t believe insurance is a “winner-take-all” model. “There’s room for lots of different business models, different players, different combinations. So, we’ll see lots of interesting things coming up in the future. But just as there won’t be a single winner, I think there’ll be many, many losers.”