The Supreme Court of Canada will not hear an appeal over an arbitration ruling in an auto accident benefits priority dispute, where insurers disagreed on whether a claimant was “principally dependent” on the owner of a vehicle. 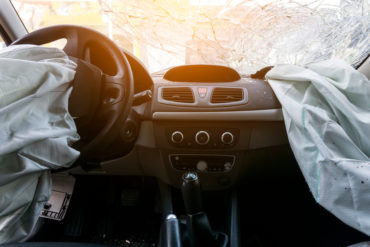 Court records indicate that Paula Chartrand – along with her two daughters – were injured Aug. 21, 2010 while occupants of a vehicle insured by Intact Insurance.

At the time, Paula Chartrand was in a relationship with Kyle Houghton, whose vehicles were insured by Allstate Insurance Company of Canada. Chartrand applied for and received accident benefits from Intact. A priority dispute followed. Intact argued that as Houghton’s insurer, Allstate should pay accident benefits.

Section 2 (1) of Ontario Regulation 403/96 – the province’s statutory accident benefits schedule – stipulates that “any dependant of the named insured” is an “insured person” for any motor vehicle policy,” wrote Mr. Justice Harry LaForme of Court of Appeal for Ontario, in a 2016 ruling in favour of Intact.

Section 2(6) stipulates “that a person is dependent on another ‘if the person is principally dependent for financial support…on the other person.'”

In 2014, an arbitrator with the Financial Services Commission of Ontario arbitrator found that the relationship between Chartrand and Houghton was “not permanent and was not likely to be permanent.” The arbitrator therefore ruled that the accident victims “were not principally financially dependent” on Houghton at the time of the accident, wrote Mr. Justice Russell Raikes of the Ontario Superior Court of Justice in a ruling released in 2015.

Justice Raikes allowed Intact’s appeal, ruling that Allstate was responsible for the accident benefits. That ruling was upheld – in a decision released Aug. 4, 2016 – by the Court of Appeal for Ontario. Allstate applied for leave to appeal to the Supreme Court of Canada, which announced Feb. 9, 2017 that it dismissed Allstate’s leave application.

Court records indicate that in June, 2010, Chartrand and her daughters moved from Sudbury to Sarnia, where Houghton lived. Chartrand had started dating Houghton the previous February. By the summer, Houghton was “contributing the vast majority of the expenses of this new household,” Justice LaForme wrote.

The FSCO arbitrator chose a one-year period before the collision as “the appropriate timeframe for analysis the three claimants were not principally dependent for financial support” on Houghton.

But the Court of Appeal for Ontario found that the “odds” of Chartrand and Houghton’s “relationship surviving into the future has very little to do with whether the Claimants were principally dependent for financial support” on Houghton when the accident occurred.

Among the cases cited were the Court of Appeal for Ontario ruling, released in November, 2006, in Oxford Mutual Insurance Co. v. Co-operators General Insurance Co.

A vehicle insured by The Co-operators was driven in 2002 by Joshua Williams, who was seriously injured in an accident. Williams, at the time, was living with his mother, and his stepfather, who had an auto policy with Oxford Mutual Insurance Company. A FSCO arbitrator found that The Co-operators was the priority insurer. This ruling was overturned by the Ontario Superior Court of Justice but restored by the Court of Appeal for Ontario.

Williams had been released on bail and was living with his mother acting as his surety. He took care of his own finances.

“Mr. Williams’s status as a young adult and his surety relationship with his mother were only factors to consider in determining whether he was dependent on her for his care,” wrote Madam Justice Susan Lang of the Court of Appeal for Ontario in its 2006 ruling in favour of Oxford Mutual.

“The true characterization of a dependent relationship at the time of the accident will usually require consideration of that relationship over a period of time, particularly in the case of young adults whose lives are in transition,” Justice Lang wrote. “The parameters of that period will depend on the facts of the case. The time frame chosen will also be influenced by the nature of the relationship between the person providing the care and the person receiving the care. The analysis may also consider the degree of care provided to the individual at certain times as well as the individual’s need for care.”