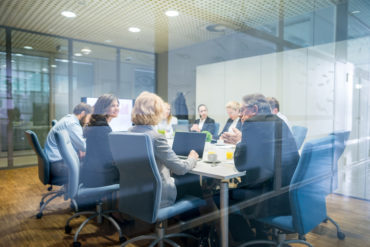 Speaking during Intact’s Investor Day, Mike Miller, president of U.S. and specialty solutions at Intact, made it known the company was hiring in its Canadian D&O and errors and omissions (E&O) segments. “We are adding people,” he confirmed. “Coming here this spring,” he added, there will be more new D&O and E&O insurance products for Canadian corporations.

Miller did not elaborate or provide more details in the webcast.

Miller is the former CEO of OneBeacon, a Plymouth, Minn.-based insurer that Intact acquired in September 2017. Previously reported OneBeacon insurance coverages include general liability, ocean and inland marine, commercial multiple peril, surety and professional liability for architects and civil engineers. Before the acquisition by Intact, OneBeacon was publicly-traded and majority-owned by White Mountains Insurance Group Ltd.

Intact previously announced that, as a result of its OneBeacon acquisition, Intact is now writing insurance in Canada for the entertainment and technology sectors.

This includes cyber and professional liability for electronic equipment manufacturers, software developers, IT service providers, and telecommunications providers. The entertainment products are targeted at the motion picture and television industry.

Miller noted Monday that Intact has nine different specialty business units in Canada and 14 in the United States.