Intact Financial Corporation (IFC) has reported a 0.9 percentage point drop in its combined ratio for the first quarter of 2016 compared to the same quarter in 2015, led by property lines and improving personal auto results. 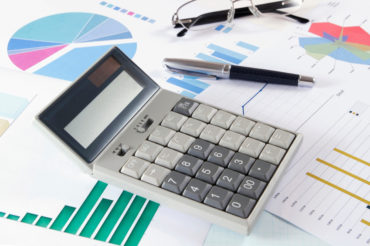 Toronto-headquartered IFC, the largest provider of property and casualty insurance in Canada with close to $8 billion in premiums, released its financial results on Wednesday, noting that the combined ratio fell from 93.4% in Q1 2015 to 92.5% in Q1 2016. Intact distributes insurance under the Intact Insurance brand through a wide network of brokers, including its wholly-owned subsidiary BrokerLink and directly to consumers through belairdirect.

Personal auto delivered underwriting income of $32 million in the quarter compared to a loss of $3 million a year ago. Direct premiums written grew 10%, mostly on an organic basis, driven by growth initiatives and resulting in a strong increase in units. The combined ratio of 96.4% was 3.9 points better than last year, due in part to milder winter conditions and actions to improve profitability, Intact said in a press release.

Personal property delivered underwriting income of $78 million in the quarter compared to $79 million a year ago. Direct premiums written grew 12%, mostly on an organic basis, as growth initiatives continued to be supported by hard market conditions. “The combined ratio was very strong at 82.9%, as profitability measures continued to be effective.”

Commercial P&C delivered underwriting income of $31 million in the quarter compared to $36 million a year ago. Direct premiums written declined 2%, as the company faced headwinds from economic conditions in Alberta. The combined ratio of 92.4%, while healthy, was 1.5 points higher than last year, as profitability actions were offset by less favourable prior year claims development compared to last year’s unusually high level, Intact reported. [click image below to enlarge]

Commercial auto delivered underwriting income of $4 million in the quarter compared to $6 million last year. Direct premiums written grew 3%, influenced by profitability measures and headwinds from economic conditions in Alberta. The combined ratio was slightly worse by 1.1 points to 97.5%, as the benefits of ongoing corrective measures and milder winter conditions were offset by less favourable prior year claims development.

“Our business continues to deliver strong results, driven by our actions and a milder winter,” Charles Brindamour, Intact chief executive officer, said in the release. “The ongoing investments we have made in branding, distribution and digital leadership, supported by favourable market conditions, resulted in sustained organic growth in both home and personal auto. We ended the quarter in a very strong financial position, and remain poised to pursue disciplined growth.”