Intact Financial Corp. recently reported its catastrophe losses, net of reinsurance, were $88 million for the first three months of 2017. 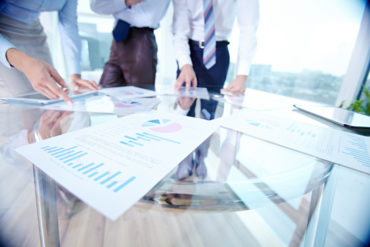 Toronto-based Intact also says it wants to “double” its direct-to-consumer business in the “mid-term” and is nominating Sylvie Paquette, former president and chief operating officer of Desjardins General Insurance Group, to its board of directors.

In its management information circular recently posted to SEDAR, Intact listed Paquette as one of its 12 board of directors nominees. The other 11 nominees are current board members. Intact’s annual shareholders’ meeting is scheduled May 3 in Halifax.

Intact director Yves Brouillette, 65, will not be seeking re-election to the board, Intact announced March 31. The longest-serving board member, Brouillette has been a company director since 1989. From 2002 through 2005, Brouillette was chief executive officer of ING Latin America. Intact was known as ING Insurance Company of Canada until 2009, when ING Groep sold its interest in its Canadian subsidiary.

Desjardins Group announced June 14 that Paquette and Denis Dubois will serve as co-presidents of Desjardins General Insurance Group until the end of 2016. Paquette had also been senior vice president and general manager of property & casualty insurance for DGIG’s parent firm, Desjardins Group. She joined Desjardins in 1984.

Both Paquette and Brouillette have degrees in actuarial science from Quebec’s Université Laval.

In 2011, Desjardins Group acquired Western Financial Group Inc., which owns more than 160 brokerages in British Columbia, Alberta, Saskatchewan and Manitoba. Western Financial was founded in 1996 by Scott Tannas, who is now a Conservative senator representing Alberta. Desjardins announced in February it agreed to sell Western Financial to a subsidiary of The Wawanesa Mutual Insurance Company.

“What’s really interesting in my position is, I sit with Western Financial Group thinking like a broker, I sit with State Farm thinking like an exclusive agent and I sit with the old DGIG thinking like a direct insurer and we all think that we have the best” distribution model, Paquette suggested during a luncheon keynote address in April 2015 at the CIP Symposium in Toronto.

Until Oct. 25, 2016, Paquette was chair of the Insurance Institute of Canada. She was replaced in that capacity by Intact Insurance president Jean-François Blais.

Intact announced April 5 that for the first three months of 2017, catastrophe losses were about $88 million on a pre-tax basis and $64 million after tax.

“This year’s winter conditions led to an increase in claims in all lines of business, though severe wind events in Central and Atlantic Canada drove most of the catastrophe losses,” Intact said in a release.

“We continue to seek opportunities to expand our reach and find innovative solutions to make it easy for our customers to protect the things they care about, with the objective of doubling our direct-to-consumer business in the mid-term,” Intact Financial said in its annual report for 2016, posted March 31 to SEDAR.

Intact reported direct premiums written of $7.946 billion 2016. In its annual report, Intact said 48% of its premiums are from brokers other than BrokerLink and other than “Intact-affiliated” brokers, which are brokerages to which Intact provides financing or to which Intact holds an equity investment.

Nearly a third (28%) of direct written premiums are from Intact-affiliated brokers, 9% are from Brokerlink and15% are from Belairdirect.

Also in its annual report for 2016, Intact noted that it recently it acquired all of the outstanding shares of InnovAssur assurances, which writes property & casualty insurance through National Bank General Insurance.

InnovAssur was created out of an alliance between AXA and National Bank. AXA’s Canadian operations were acquired by Intact in 2011.

Toronto Dominion is the only Big 6 Canadian bank that actually writes home and auto insurance, through Meloche Monnex Inc., which in turn owns Security National Insurance Company. The Royal Bank of Canada wrote home and auto until Aviva Canada Inc. completed its acquisition of RBC General Insurance Company in 2016. Aviva now has an agreement with the Royal Bank of Canada Insurance in which Aviva Canada provides policy administration and claims services.

The Bank of Montreal does not provide either home or auto insurance, while the Bank of Nova Scotia and the Canadian Imperial Bank of Commerce sell home and auto insurance written by subsidiaries of Desjardins.