It has been more than a year since Ontario changed its criteria for catastrophic impairment and reduced the mandatory coverage for accident benefits, but the “long tail profile” of accident benefits claims means the Ontario reforms “have not fully been reflected yet” in the financial results of Intact Financial Corp., company officials suggested Wednesday. 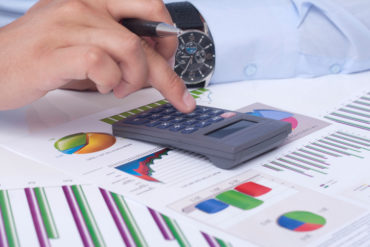 Toronto-based Intact, which released its Q2 financial results after trading closed Aug. 1, reported a 4.2-point improvement, to 95%, in its second-quarter combined ratio.

The combined ratio in commercial lines improved 9.2 points, from 95.9% in Q2 2016 to 86.7% in the latest quarter, Intact said in its management discussion and analysis.

That deterioration was from “adverse development on certain large files and 1.6 points of lower favourable development from industry pools,” Intact reported.

The unfavourable prior year development in personal auto in the latest quarter was “largely driven through deterioration in Ontario accident benefits – large losses,” Darren Godfrey, Intact’s senior vice president of personal lines, said Wednesday during a conference call. “These were mostly on older accident years, in particular 2013 and 2014, stemming from the combining of psychological injuries on top of physical injuries.”

Ontario changed its criteria for catastrophic impairment – for accidents occurring on or after June 1, 2016 – for traumatic brain injuries, amputations, ambulatory mobility, loss of vision and mental and behavioural impairments.

“Ontario is certainly one of the highest cost jurisdictions in North America for auto insurance claims,” Finance Minister Charles Sousa said April 21, 2015 before he tabled the 2015-16 budget at Queen’s Park in Toronto. “In fact, we are the only province that provides catastrophic coverage, which is expensive so we are going to continue doing that. We are modifying it somewhat.”

Under the new criteria, in order to have a mental or behavioural impairment that qualifies as a catastrophic impairment, a claimant would have to have a Class 4 (marked) impairment in three or more areas of functioning, or a Class 5 (extreme) impairment in at least one functional area.

Before, accident victims could be considered catastrophically impaired by having a Class 4 impairment in only one functional area.

With the changes that took effect in 2016, a claimant can be considered catastrophically impaired if he or she has a mental or behavioural impairment, excluding traumatic brain injury, that when combined with a physical impairment results in a “55% of more impairment of the whole person.”

Intact “saw some pressure” from catastrophic impairment claims, for accidents occurring before June, 2016, “which the reforms are now addressing.”  Godfrey said Aug. 2, 2017 during the Intact conference call.

Before June of 2016, mandatory accident benefits coverage, for non-catastrophic injuries, included $50,000 for medical and rehabilitation benefits, and $36,000 for attendant care. For accidents occurring on or after June 1, 2016, there is now a single $65,000 limit – for medical, rehabilitation and attendant care expenses, for non-catastrophic injuries.

The limits for catastrophic impairments were $1 million each for attendant care, and for medical and rehab. That changed – for accidents occurring on or after June 1, 2016 – to one single $1-million limit.

“The Ontario reforms launched last June have not fully been reflected yet in our results,” said Patrick Barbeau, senior vice president of claims at Intact, during the conference call Aug. 2. “Some of it was applicable upon renewal, so we finished that cycle of renewals only in June. As well, the new cat definition was implemented on accidents after June 1 of last year. Given the long tail profile of those claims, we haven’t seen the full impact yet but this is building up.”

Barbeau added that Intact has an action plan specific to longer tail lines in auto.

For example, for bodily injury, Intact is “very focused on maintaining settlements within minor injury regulation by increasing staff and trying to settle those claims very early.”

For its personal property segment, Intact reported a combined ratio of 99.5% in the latest quarter, a 7.2-point improvement from 106.7% in Q2 2016, when wildfires in Alberta resulted in the evacuation of Fort McMurray and gave rise to Canada’s most expensive natural catastrophe, when measured by insured losses.

Intact said Aug. 2 its cat loss ratio, including reinstatement premiums, dropped 6.8 points from 23.7% in Q2 2016 to 16.9% in the latest quarter, mainly due to heavy precipitation in Quebec and Ontario.

“Many of our customers particularly in Quebec and Ontario, faced the consequences of one of the heaviest spring rainfalls on record,” said Charles Brindamour, chief executive officer of Intact, during the conference call.

“While Q2 cat losses were lower than last year, they remain elevated,” chief financial officer Louis Marcotte said. “However we are maintaining our annual run rate guidance at $250 million as it is based on long-term trends. We still expect half of the cats to occur in the third quarter.”