Intangible asset damage can be as costly as physical loss

You can’t light them on fire. A tornado can’t blow them away. They won’t rot of mold when wet.

Still, damage to intangible assets, like brand recognition and reputation, can harm a business as much as the destruction of a physical asset.

“On average, more than 25% of a company’s market value is directly attributable to its reputation in the marketplace,” said Lloyd’s Canada president Marc Lipman.

Speaking at the Future of Insurance Canada conference, Lipman said intellectual property, human capital and brand/reputation are the three major categories of intangible assets. And damage can happen remarkably quickly.

“Reputational damage can be caused by a single employee saying or doing the wrong thing at the wrong moment,” he said.

“There’s more IP in places that people haven’t previously realized,” Brown said. She cited examples of copyright, patents, trademarks, industrial designs, and trade secrets in the agricultural and manufacturing spaces, as well in oil and gas, construction, and building. 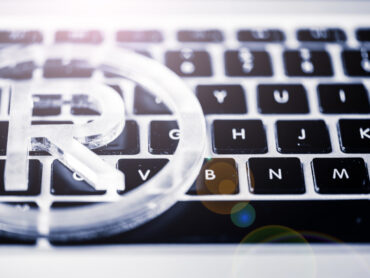 “These are areas that [brokers] need to start looking into, because clients are starting to protect solutions in those areas,” she said.

Brown suggested the insurance industry needs to simplify intellectual property coverage for the small- and medium-sized enterprise market. Typically, I.P. insurance involves long, complicated proposal forms, a fee charged to get a proper quotation, a lot of legwork and plenty of time.

“Clients want this cover,” she said. “They just don’t know it exists.”

Slides from Lipman’s Future of Insurance Canada presentation revealed that in 2008 only two of America’s largest 10 companies, said they relied “heavily on their intangible assets for value creation.” By 2018, that number had increased to five, and included the country’s five biggest companies: Apple, Google, Microsoft, Amazon and Facebook.

He said an often-overlooked intangible asset is human capital.

“The risk is losing or not being able to attract the workforce with the necessary skills and talents,” he said. “The upheaval resulting from the pandemic is causing many commercial clients to suffer human capital losses.”

As for reputational and brand risk, clients can reduce their exposure by training executives and staff how to respond to on real-life scenarios, Lipman suggested.

“Reputational damage often occurs when businesses fail to update their behaviours following changing social norms and beliefs,” he said, “or when they fail to spot a changing narrative among their stakeholders.”

“At one time, we only thought of insurance as insuring tangible things – buildings, homes, automobiles, that sort of thing. Now, it’s data, trading relationships, and reputation,” Creatura said at the time.

“Reputational risk is something that is going to have to become a mainstream insurance product,” he said.